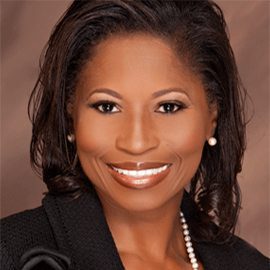 Over 30 years of experience in management and working in the federal sector have given A-TEK President Kathryn Freeland a finely-honed edge for staying on top of the latest IT trends and innovations.

A government contractor-turned-entrepreneur, Freeland is leading A-TEK into its 22nd year of providing IT services and solutions to its U.S. federal civilian and national security agency partners.

A-TEK operates at the intersection of science and IT, Freeland explained, by providing infrastructure services, software development, data analytics, secure video teleconferencing services/solutions and scientific computing to the National Institutes of Health, the departments of Commerce, Justice and Homeland Security, among others federal clients.

Freeland acquired A-TEK in 2010 just one year after the company graduated from the 8(a)-business development program. She believes A-TEK’s successful graduation wouldn’t have been possible without proper preparation to compete in the open market after program completion.

“If an 8(a) program participant fails to prepare for graduation, with the majority or all of their work designated as 8(a), then the opportunities for success outside of the program, post-graduation, will be significantly more challenging because of lack of preparation from day one,” Freeland said. “Make certain that you have the right mixture of contracts — 8(a), non-8(a) contracts and full and open wins under your belt — so that when graduation comes at the end of nine years, it’s a non-event because you are prepared to compete in a full and open market, or as a small business that can continue to thrive, not just survive.”

“The most important attribute a successful CEO must have to support growth in the IT space,” Freeland observed, “is vision — the ability to see the road ahead and develop the strategy to evolve your business as markets and technology evolve.”

Whether it’s having vision for meeting the changing technology needs of A-TEK’s customers or recognizing the need to reinvent A-TEK’s business identity, Freeland continues to practice what she preaches by leading A-TEK through various internal efforts including a complete rebranding to promote the company’s unique technology and scientific focus to the industry.

She says she believes these efforts have benefited A-TEK and its current and future relationships with partners, especially in the health IT space.

In 2012, A-TEK was one of three small businesses awarded the coveted NIH Chief Information Officers Solutions and Partners 3 Unrestricted GWAC. A-TEK has a 20-plus-year history supporting several NIH institutes and centers and values the opportunity to support the agency’s IT needs that enable its scientific mission.

“We are fortunate to be a CIO-SP3 contract holder and we have grown as a result of that and expanded our footprint, not just within NIH but also within other agencies that need the same type of capabilities that we provide,” Freeland said.

She says she is aware the intersection of technology and cybersecurity is an inevitable topic of debate among A-TEK’s partners and the overall IT domain.

“Discussions with our customer around this topic focus on the need for security to be integrated into almost all business functions and can no longer be an afterthought,” Freeland explained. “Protection of information, infrastructure and data, associated costs and the uncertainty of ensuring a return on investment in blockchain, cloud or other cybersecurity technologies have created a multilayered defense boundary initiative. An agency’s cybersecurity program must incorporate a risk-based process that looks at assets, risks, threats and corresponding countermeasures, aligned with their overall mission including business goals and objectives. No longer can areas of an agency procure and deploy technology without security being involved from inception to completion.”

As for the future of the IT market, Freeland says she thinks it’s headed toward a growing trend in investing in health IT and eventually a better understanding of how blockchain can be implemented in daily business and government operations.

“It’s important not to just jump on the bandwagon, but to consider our offerings that support the growth trends of health IT and blockchain,” Freeland said. “As organizations, we make strategic business decisions every day on where to invest our resources, how to stay relevant as we keep pace and grow in the market, but also to remain trusted advisors to our customers in their quest for innovation and strategic positioning to be the first implementers of whatever the initiative might be.”