You are at:Home»News»Mergers & Acquisitions»‘Game-Changer’: IBM to Acquire Red Hat in $34B Deal 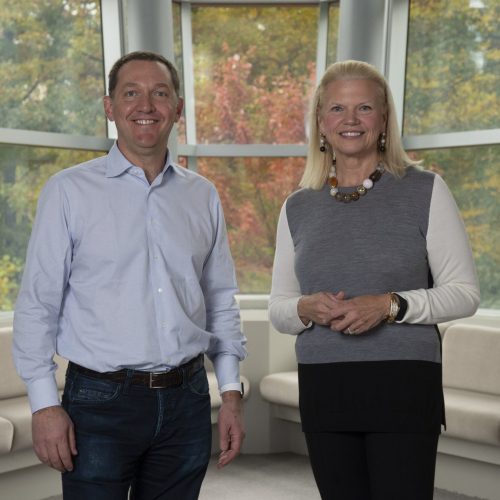 In what is one of the year’s biggest and most significant technology acquisitions, IBM is acquiring Red Hat in a deal valued at $34 billion, the companies announced.

After the merger, IBM is set to become the world’s No. 1 hybrid cloud provider, said Ginni Rometty, IBM chairman, president and CEO.

“The acquisition of Red Hat is a game-changer. It changes everything about the cloud market … Most companies today are only 20 percent along their cloud journey, renting compute power to cut costs,” Rometty said. “The next 80 percent is about unlocking real business value and driving growth. This is the next chapter of the cloud. It requires shifting business applications to hybrid cloud, extracting more data and optimizing every part of the business, from supply chains to sales.”

Red Hat, which will continue to be led by President and CEO Jim Whitehurst, will operate as a distinct unit within IBM’s Hybrid Cloud team. Whitehurst will join IBM’s senior management team and report to Rometty. IBM said it intends to maintain Red Hat’s headquarters, facilities, brands and practices.

“Open source is the default choice for modern IT solutions, and I’m incredibly proud of the role Red Hat has played in making that a reality in the enterprise,” Whitehurst said. “Joining forces with IBM will provide us with a greater level of scale, resources and capabilities to accelerate the impact of open source as the basis for digital transformation and bring Red Hat to an even wider audience – all while preserving our unique culture and unwavering commitment to open source innovation.”

Officials with both companies said the merger will continue to build on Red Hat’s existing partnerships with major cloud providers, such as Amazon Web Services, Microsoft Azure, Google Cloud, Alibaba and more, in addition to the IBM Cloud.

“What a powerful strategic combination,” said Bob Kipps, managing director at KippsDeSanto & Co. “Red Hat selling for 10 times revenue and 50 times Operating Cash Flow is a strong statement that the movement to the cloud is accelerating and open source solutions are here to stay.”

The acquisition has been approved by the boards of directors of both IBM and Red Hat. Regulators must also OK the deal. It is expected to close in the second half of 2019.