You are at:Home»News»ACT I Lands on Fastest-Growing Companies List 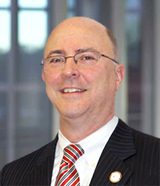 Advanced Concepts and Technologies International, LLC has been named among the 75 fastest-growing companies by Washington Business Journal.

To be considered for the awards program, companies had to be headquartered in the greater Washington area. They also had to have revenue growth every year between 2015 and 2017, with revenues of at least $2 million in 2015 and at least $10 million in 2017.

Over 2,000 private local businesses qualified for this year’s rankings.

“We are truly honored to be included in this list of impressive companies,” said Michael Niggel, ACT I CEO. “The company’s growth reflects the dedication and hard work of all ACT I employees. Our growth demonstrates the commitment and execution of the company’s mission, vision, and core values in support of our customers.”

Details about the 75 companies and their rankings will be announced at WBJ’s Nov. 1 awards reception at The Ritz-Carlton Tysons Corner.