You are at:Home»Execs to Know»Top 10 Execs To Watch in National Security for the National Capital Region: Jack Johnson, Guidehouse 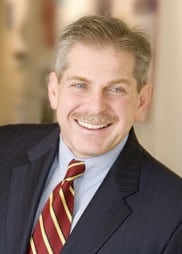 Johnson’s career began in 1979 with the Fairfax County Police Department, working as an officer and criminal investigator. In recent years, Johnson has been featured on the “CBS Morning Show,” “Forensic Files” and “The Today Show.” He’s also testified before Congress on homeland security and national security issues.

Why watch: Johnson leads a business helping the Defense Department transform its financial management practices. This comes on the heels of a December 2017 Pentagon announcement of an annual agencywide financial audit — the first of its kind. Look for Johnson’s influence to figure prominently in the Office of the Secretary of Defense’s reform initiative, which explores how the agency can run more cost-effectively.

“For example, regarding contract efficiency, our efforts thus far are projecting anywhere from a 7 to 15 percent savings on contract values totaling almost $6 billion for re-prioritization while also increasing productivity in quality and services,” Johnson said.

Additionally, Johnson’s team works at the highest levels of the Air Force, the Army and the Navy to offer guidance on supply chain, maintenance and related processes that directly impact mission success. While financial management has been the cornerstone of the company’s growth and success — and constitutes the biggest chunk of the business in the national security sector — Johnson predicts a continued growth pattern in the company’s strategy and operations services. That includes work around supply chain, logistics, design for affordability, and sustainable cost reduction — areas where the former PwC group offers guidance to the military branches.

“One of our biggest poster child qualifications that we have is our work with U.S. Transportation Command over the last several years,” Johnson said. “We were challenged by the commander to help devise some sustainable cost solutions for the way they move people and goods and services around the world. We identified $50 million in savings during the first month followed by $1.5 billion saved across supply chain processes over four years.”