You are at:Home»News»New Book by Former Spy Chief Michael Hayden Details How Intelligence Community Deals with ‘Age of Lies’ 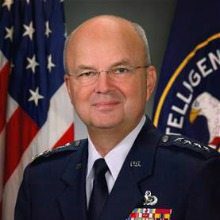 In a time when the intelligence community’s work is as vital as ever, Hayden explains how individuals — including President Donald Trump — are threatening the community by making  accusations that are not factually based or making strong assertions without providing any evidence. He notes that democracy’s central structures, processes and attitudes are being put at risk, and he addresses the changes that urgently need to be made to preserve democracy.

“Intelligence work — at least as practiced in the Western liberal tradition — reflects these threatened Enlightenment values: gathering, evaluating and analyzing information, and then disseminating conclusions for use, study or refutation,” Hayden wrote in an April New York Times opinion editorial.

These values are the very things discussed in his new book, along with the “post-truth” era that he says we live in. The book discusses the changes occurring both inside and outside of the United States, how incapable leaders have proven to be in addressing them and possible solutions and responses.

“In this post-truth world, intelligence agencies are in the bunker with some unlikely mates: journalism, academia, the courts, law enforcement and science  — all of which, like intelligence gathering, are evidence-based,” Hayden wrote in the article. “Intelligence shares a broader duty with these other truth-tellers to preserve the commitment and ability of our society to base important decisions on our best judgment of what constitutes objective reality.”

The new book received praise in a New York Times review written by Matthew Continetti, who describes Hayden as a “breezy and direct writer.” 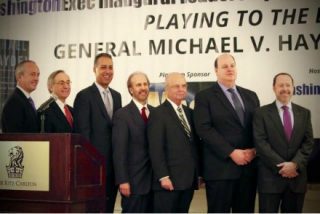 “He reduces complex issues of cyber and information warfare to essentials, and his polemic is leavened with humor and sympathy. He is at his best, though, when he shifts to a purely analytical tone. He coolly forecasts the direction of America under Trump, explains the intelligence that foreign governments are likely to collect from the president’s Twitter feed and describes the benefits Russia drew from the June 2016 Trump Tower meeting between Kremlin-connected Russian attorneys and senior Trump campaign officials.”

Additionally, Mark Galeotti of the Washington Post reviews the book and says it is “sober, nuanced and, quite frankly, scary as hell.”

“The more important, absorbing and disturbing aspect of Hayden’s book is the analysis from his professional perspective of what Trump and Trumpism mean for the intelligence community,” Galeotti writes.

General Hayden also authored a memoir: Playing to the Edge: American Intelligence in the Age of Terror, which John Hillen reviewed as being similar to his in-person character: “down-to-earth, simple and direct.” The book has been a New York Times bestseller and chosen as one of the 100 most notable books of 2016.

Additionally, General Hayden was America’s first principal deputy director of national intelligence and the highest-ranking military intelligence officer in the country. He was  awarded the 29th annual William Oliver Baker Award by the Intelligence and National Security Alliance  in 2013.

The Assault on Intelligence: American National Security in the Age of Lies is available for sale on Amazon.