You are at:Home»News»Dovel Exec Team Steps Out of Comfort Zone 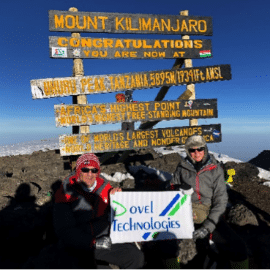 As if running a fast-growing company in the ever-shifting government IT space was not enough excitement, executives at Dovel Technologies embarked on some notable adventures outside the office this year.

In January, Dovel founders Dov and Elma Levy climbed Mount Kilimanjaro, summiting the 19,341-foot peak with a group of 10 fellow climbers. The Levys are avid hikers. Having completed multiple hikes including the Grand Canyon twice and an 11-day trek in the Italian Dolomites, they saw Kilimanjaro as the next challenge.

They were confident in their ability to handle the distance and the elevation, but the altitude was a new factor for them. Additionally, the lack of running water and roughing it in tents were new experiences for these hikers, who were accustomed to recovering in huts with some semblance of civilization.

The camaraderie with fellow hikers, their guide, and the support of porters were some of the highlights of the trip, in addition, of course, to making it to the top at 7 a.m. on Jan. 30. They went in looking for a challenge, knowing that with proper planning and visualizing their success, they would succeed in reaching what, at one time, seemed unattainable. And the big surprise: neither one had any issues with the high altitude. 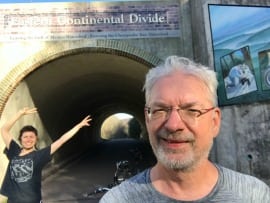 Paul Leslie, CEO, chose a different mode of transport for his adventure when he took on a five-day bike ride from Pittsburgh, Pennsylvania, to Washington, D.C. He was accompanied on this trip by his daughter, Sydney, who just finished her junior year at the University of Pittsburgh. His wife Julia accompanied them in a support vehicle providing food, drink and encouragement along the way. They averaged 70 miles per day, riding the Great Allegheny Passage from Pittsburgh to Cumberland, Maryland, and then the C&O Canal Towpath into Washington, D.C. The total distance was 330 miles. 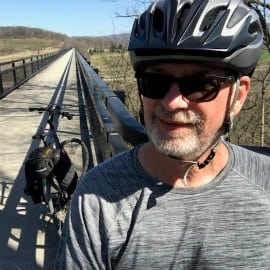 Some of the challenges included a steady 55-mile uphill grade leading to the Eastern Continental Divide and another 50-mile bone-shaking stretch along the western part of the C&O Towpath biking through rough trail conditions with plenty of mudholes due to all the spring rain. Paul decided to take on this challenge as a goal he set with Sydney a year ago while he recovered from major back surgery.

Finally, President and COO Damon Griggs completed the Boston Marathon in April in less than optimal conditions. A newbie to running, Damon and his sister, the women’s soccer coach at Slippery Rock University in Pennsylvania, made a New Year’s resolution for 2017 to run a marathon. He wanted to take on something completely new as a physical challenge, and finishing a marathon had always been on his bucket list. 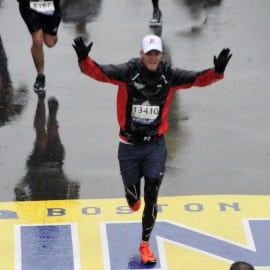 Because of three knee surgeries, Damon thought running was not an option for him, but once he was cleared by a doctor he began training in earnest. The pair ran their first-ever marathon, the D.C. Rock & Roll Marathon, after only three months of training. The race was chosen based on being able to coordinate schedules. They did so well they qualified for the Boston Marathon and were told by veteran runners, “If you qualify, you HAVE to do it.” Damon stepped up his training and this April finished the marathon in 3 hours and 11 minutes, with his sister finishing closely behind. As if that’s not impressive enough, they did so in conditions described as a freezing deluge by a fellow runner and New York Times reporter.

The executive team inspires and was inspired by the entire Dovel team, a group that is motivated, competitive and extremely supportive. In fact, there was a companywide wellness step challenge going on when Damon ran the marathon. Even with all his training and running the race, several other employees still finished well ahead of him in total steps counted over the contest period. The executives each shared stories of their training and accomplishments with the company, getting employees motivated to find their own mountain to climb and letting them know the entire Dovel team would be behind them cheering their success.