You are at:Home»Execs to Know»Former Intelligence Officers Urge Senators to Support Haspel Nomination 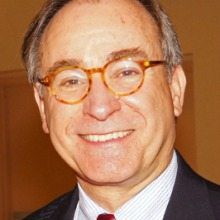 A cohort of retired intelligence officers have come together to support the nomination of a hotly debated pick to lead the CIA.

In a letter to the Senate Intelligence Committee, the Council on Intelligence Issues urged Chairman Richard Burr and Vice Chairman Mark Warner to consider a broader range of criteria “than just Gina’s role in the counterterrorism program.”

“Our main point is that Gina Haspel should not be denied confirmation solely for her good faith service to the country in carrying out approved but controversial programs,” wrote George Jameson, council chairman, and William D. Murray, vice chairman. “For several reasons, we urge the Senate to look forward rather than fight past battles over the approval and conduct of counterterrorism operations in which Ms. Haspel ostensibly played a role.”

A long-time intelligence official, Haspel’s CIA career dates back to 1985. According to a bio provided to Congress by the agency, the Kentucky native graduated from University of Louisville and then applied to the CIA. Her first job there was as a case officer in Africa.

Haspel received numerous awards throughout her career, including the George H. W. Bush Award for excellence in counterterrorism; the Donovan Award; the Intelligence Medal of Merit; and the Presidential Rank Award, according to her official CIA bio. In March, President Donald Trump picked Haspel to take over after Mike Pompeo served in that role from Jan. 23, 2017 to April 26, 2018.

Calling her “a capable and highly regarded career intelligence professional,” the council said Haspel’s nomination has been supported by other notable names, including former CIA directors and many others from the intelligence community.

“Ms. Haspel understands clearly what needs to be done to reorient the CIA to today’s tasks,” the council wrote. “She has broad support within the agency, and her years of working with foreign intelligence services both overseas and in the U.S. indicate, contrary to some suggestions, that she is completely acceptable to allied services. Those of us who have worked with her know her to be a quiet, level-headed, and skilled professional of over 30 years-experience who is completely dedicated to service for the nation.”

If confirmed by the Senate, Haspel will be the first female director at the helm of the spy agency.