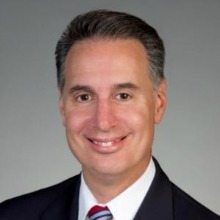 Fair Oaks Mall in the 1980s was filled with shoppers sporting big hair and neon clothes. They listened to Madonna, Michael Jackson, Cindi Lauper and Bon Jovi over the loudspeakers as they shopped.

Five of them worked together at the Kinney Shoes chain store in the Fairfax, Virginia, mall where they connected first as coworkers and lifelong friends. That friendship continues 30 years later for former cashiers Sandra Corbett and Mary Heller, salesman Sean Finnegan, stock clerk and salesman JD Kathuria and store manager Michael Ferraro.

With the exception of Ferraro, all five were between 14 and 18, and Kinney was where many of them landed their first jobs. Some them were also in school together. Often, they gathered outside of work to play basketball or go out to eat or to the movies.

Although the shoe chain no longer exists, and they’ve all long since moved on to other jobs, the friends still gather a few times a year. Most have remained in the government contracting community of the D.C. metro area.

Although they would run into one another from time to time anyhow, Ferraro has been key in keeping everyone together.

“I really enjoyed working for him,” said Kathuria, CEO of WashingtonExec. “I tell my own kids that everything I learned about success was at Kinney Shoes — how to be part of a team, dealing with difficult people and how to persuade a customer to buy more in real time. You got instant feedback, if your approach worked or not. At 15 years old, I dealt with all ages and backgrounds. I also learned how to stand on my feet for 8 hours with only a lunch break and one 15-minute break.”

Several members of that late ’80s crew continue to work in the D.C. metro area, making it fun and easy to stay in touch, said Corbett, who is CEO of engineering products and services company InCadence Strategic Solutions. They gather to reminisce about store disasters, long hours together, difficult customers and countless shared memories. They continue to speak highly of Ferraro as an excellent manager.

Ferraro, who has owned Training Solutions, Inc. for 22 years, began his Kinney career at age 16. After high school, he continued through Kinney’s management development school and went on to work there a total of 15 years. He would invite employees for Christmas parties and Independence Day barbecues at his home. Watching his employees grow up, graduate, get married and have kids has been part of his life over the years.

“I came here in 1984 to run the store just after the mall opened,” Ferraro said. “It was very nice, but much different than today. We always had interesting sales going on, and it was fun to watch the crew, team members, get excited about those.”

Heller, now an instructional designer for Serco and with side gigs as a consultant and editor, came to work at Kinney on recommendation from a couple of classmates who also worked there. She ended up staying about four years.

“It was just a fun place to work,” Heller said. “The people were fun and friendly. My favorite part was stocking the shoes or playing — I mean, working — in the stock room. I also think I was able to dye some of the satin shoes and handbags, which was fun.”

Finnegan, who now works for a cybersecurity company, came to Kinney through a mutual friend and enjoyed the atmosphere he described as a fun and positive place to work and where meeting new people was easy. There was always a friendly competition to see who could make the most sales.

One notoriously messy sale has been etched in infamy. The buy-one-get-one-for-a-penny sale required workers to bring most of the inventory from the stockroom onto the sales floor. Boxes were neatly stacked on tables, and the sales team was pumped as customers clamored to get in as soon as the store opened.

“The scene quickly became chaotic and turned into a sea of boxes/shoes toppling from tables as customers furiously fought to get the styles and sizes they wanted,” Finnegan said. “It looked as though the store had been hit by a tornado. The store aisles were almost impassible with boxes, shoes, socks and who knows what else strewn about. We spent the rest of the night cleaning up, pairing shoes and getting them in the right boxes. To the best of my knowledge, there was never another penny sale.”

“A lot of stores that were popular in the ’80s are no longer there today,” Corbett said. “Original anchor stores Hechts and Woodward & Lothrop are long gone, as are smaller stores like Britches Great Outdoors and Benetton Contempo Casuals. I also remember the record stores at Fair Oaks, where you could buy the latest albums on vinyl.”

Their tastes in shoes have changed a bit, too, although not as much for Corbett who enjoyed sporting high heels then and now. Finnegan at the time liked his Doc Martens and now appreciates a good pair of Nike Vomeros for running. Heller lived in penny loafers and flip flops then and has now added Chucks, weightlifting shoes, slippers and cute dress flats to her rotation. Ferraro often wore work boots then to work outside in the yard and now loves his running shoes.

They continue to carry with them lessons learned while working in the store.

“If you want something, you have to work for it,” Heller said. “It taught me that you may not always like the job you’re doing, but it’s your job. It’s what you get paid to do. Do it.”

Corbett said she learned more than she realized at the time.

“A few of the lessons that I continue to apply today include that the customer is king, hard work pays off, the importance of closing the deal and that building and maintaining relationships with people is key as this becomes your network and pipeline,” Corbett said. 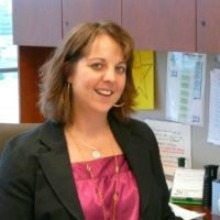 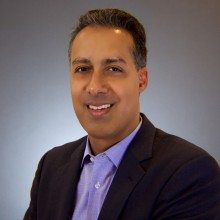 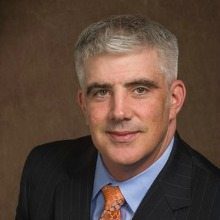 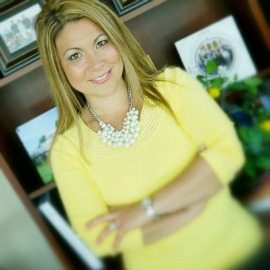