You are at:Home»Execs to Know»Preventing Future Russian Interference 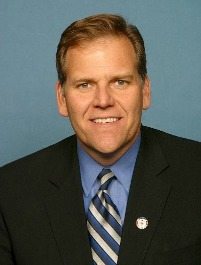 In an opinion piece for The Washington Post, Mike Rogers and Rick Ledgett explored the primary misconception around Russian interference in U.S. elections and protective steps for the future.

The authors say the most dangerous misconception about the Russian interference in the 2016 election is that it was an isolated incident. With a new cycle of elections approaching in November, Russia is predicted to interfere again, leaving many in the intelligence community, the government and voters concerned about the outcomes.

Rogers and Ledgett offer four key steps the government should take to improve its cybersecurity, not only against Russian interference but all interference.

First, Rogers and Ledgett say the federal government needs to issue a declaration establishing a clear line that delineates unacceptable behavior and puts others on notice that the U.S. will defend itself as it deems fit.

“The United States views any foreign attempt to influence our election processes through covert or clandestine means as an attack on the fundamental underpinnings of our system of government,” they write. “We will not tolerate such activity and reserve the right to respond to such activities.”

Second, Congress should pass legislation such as the bipartisan Secure Elections Act that will provide sufficient resources for evaluating the cybersecurity of U.S. states’ electoral infrastructure and addresses shortfalls.

Third, the government should create an interagency task force removed from all other investigations into the 2016 elections that will combat foreign attempts to influence democratic institutions and prevent future attacks.

Finally, the Trump administration needs to ensure the federal government has the authorities needed to deter foreign actors engaged in malign influence campaigns and cyber operations against U.S. elections.

Both contributors are members of the Advisory Council of the Alliance for Securing Democracy. Rogers, a Republican from Michigan, served in the House of Representatives from 2001 through 2015 and was chairman of the Intelligence Committee from 2011 to 2015. Ledgett served as deputy director of the National Security Agency from 2014 to 2017.