If there’s one thing Zachary Alire and his mother Anne Altman have in common, it’s their shared curiosity. Perhaps because she was herself encouraged to learn and question, Altman has also instilled that value in Alire.

“I was always told to do what made me happy versus what I thought was expected of me,” said Alire, now an account representative for software vendor Carahsoft. “I was always urged to take courses that were interesting to me versus ones that may put me on a certain trajectory. I am thankful for that because it has allowed me to feel well-rounded and engaged in the world.” 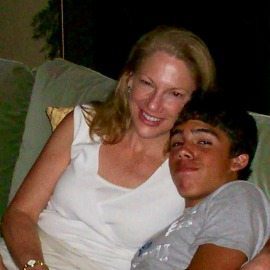 Altman, co-founder of Everyone Matters, Ventures, and a former general manager of IBM’s federal and government industries division, was also exposed to the business at a young age.

“Growing up in Washington, I saw the business of government through neighbors and friends who served in the military and government service,” she said. “Living in the nation’s capital, government and politics were part of daily conversation. Most importantly, my father, a lifetime journalist, instilled the importance of debate and intellectual curiosity about our country and the world.” 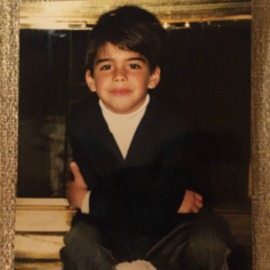 When Altman graduated from George Mason University with a degree in marketing, she knew she’d found her fit when she accepted an offer to join IBM as a systems engineer working with the government.

The curiosity fostered in Altman as a child also runs strong in Alire.

“Zachary loved dinosaurs, geography, geology, astronomy and sports,” Altman said. “Curiosity could have been his middle name. This year, we traveled to South Africa, exploring Cape Town, going on safari and visiting Victoria Falls, Zimbabwe. The curiosity of his youth resurfaced throughout the trip.” 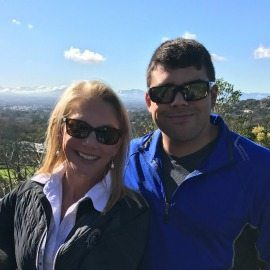 After a business meeting with Carahsoft’s CEO while in her IBM role, Altman told her son about the man she saw as a visionary entrepreneur and the company that had partnered with IBM to better serve federal customers.

Alire was in his senior year at West Virginia University and immediately applied for a job. Now, he’s enjoying the company’s work hard, play hard mentality that includes all-inclusive vacations to the Caribbean when the team hits its goals. Alire’s team handles the sales of mobile security software and some hardware, especially in supporting BlackBerry and its resurgence as a major player in the mobile security market. 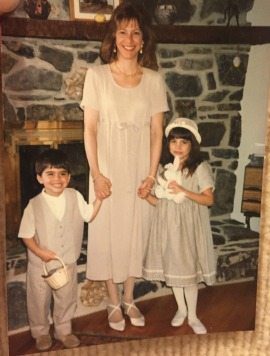 He plans to continue advancing in his sales career with an eye on eventually using his skills for one of his passions.

“I love Earth sciences, AI, robotics and the aerospace industry,” Alire said. “I am passionate about studying those things and keeping up with the current events involving them now. Who is to say that I won’t continue on following those passions by going into sales for the renewable energy or space exploration industries?”

Over the course of her career, Altman received the prestigious Eagle Award, one of the highest honors issued to technology partners serving the federal market. She also was included in FCW’s Top Federal 100, Washingtonian’s Most Powerful Women in Washington 2015, Washingtonian Magazine Top Tech Titans, the Chief Information Officer Council’s Azimuth Award for the Industry Executive of the Year, and the 2013 Institute for Excellence in Sales & Business Development Lifetime Achievement Award, just to name a few. 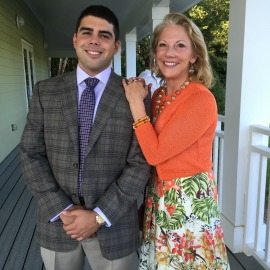 Altman co-founded Everyone Matters, Ventures, with Dan Pelino. The organization focuses on citizen-based services, health care, education and the advancement of individuals and social causes.

She was recently named chairman of Siemens Government Technologies, Inc.

“I always knew that if I decided to live in the D.C. area post-college that my career could potentially intersect with my mother’s, whether it be through people I meet, or through a career path I chose,” Alire said. “I wouldn’t have imagined that I would have had this sort of inside look at the sales environment that my mother dealt with regularly until I actually interviewed with Carahsoft, however.”

Altman also has a daughter, Stephanie, who is pursuing her master’s degree in counseling and development at George Mason University.