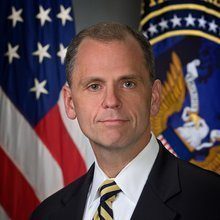 Mason will be responsible for strategy, program performance and growth in the new business unit, which aims to deliver advanced, mission-specific technology capabilities to national security, civil space and intelligence community customers, the company said.

The government IT services company, which was part of Harris Corp. before acquired by Veritas in April 2017 and rebranded as Peraton, praised Mason as a recognized leader in the national security and intelligence industries.

Before joining Peraton, Mason was a senior vice president for national security and intelligence at Noblis, where he executive responsibility for Noblis’ intelligence, defense, homeland security and law enforcement teams and oversaw two wholly owned Noblis subsidiaries that catered to the intelligence community.

Mark HuYoung, managing partner at Northwind Partners, said Peraton had taken another step toward its goal of becoming an intelligence community powerhouse with the hire.

“Roger is a rare bird, as the former ADNI/SRA (and the first in that role) and winner of the intelligence commuity’s highest decoration, who possesses deep insight into the [National Intelligence Program],” HuYoung said. “Coupled with his experience as head of National Security & Intel at Noblis and previous roles to include [general manager for]Advanced Mission Systems, at General Dynamics, his addition to the senior team will only serve to further strengthen the capabilities and competencies that Peraton can deliver to customers from here forward.”