You are at:Home»Execs to Know»Exec Moves»TeraThink Adds Former SAIC Exec To Board 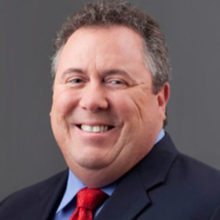 TeraThink Corp. has appointed Doug Wagoner, who retired earlier this year as sector president at SAIC, to its board of directors.

Wagoner joins Executive Chairman Paul Lombardi and TeraThink CEO Dan Maguire on the board, which is charged with steering the overall direction and overarching policies of the information technology and management consulting business.

“I am excited to be joining the TeraThink Board of Directors,” Wagoner said in a statement. “2017 was a transformative year for TeraThink, with a number of opportunities that has us poised for further growth. I look forward to what 2018 and beyond has in store for the company.”

Wagoner has 30 years’ experience as a leader in federal IT and management consulting. At SAIC, Wagoner led 13,500 employees and was responsible for the company’s technology portfolio, and during his 10 years there, he oversaw the 2013 spinoff of SAIC from former parent Leidos.

“Doug is an accomplished leader and is highly respected throughout our industry,” Lombardi said. “We are thrilled to have him join our Board of Directors and know that his presence on our Board is going to have a huge impact at TeraThink going forward,” said Lombardi.

TeraThink recently announced its merger with Dominion Consulting, a technology and management consulting firm specializing in agile development and IT modernization. The newly formed company will double its size to $80 million in annual revenue evenly allocated across defense and federal civilian customers including Washington Headquarter Services, the Joint Staff, Defense Logistics Agency, and the departments of Justice, Homeland Security and Agriculture

Mark HuYoung, managing partner at NorthWind Partners, said Wagoner brings a wealth of experience that will “undoubtedly be additive” to TeraThink, especially given the recent merger.

“His insight into smartly endeavoring and sequencing major reorganizations, carve-outs, and integrations (a la SAIC’s Project Gemini) will prove extremely valuable to the organization considering its recent merger with Dominion,” HuYoung said. “Candidly, I’m still waiting for Doug to ‘unretire’ and take another leadership role in the market.”

Wagoner has been named to the Federal Computer Week’s Fed100 list, which honors influential leaders in the government contracting arena, for work in improving security clearance reform.