You are at:Home»Newswire»Deborah Lee James Named to Unisys Board of Directors 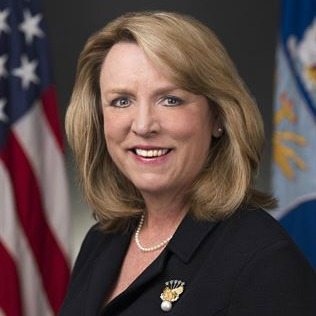 Unisys Corp. has elected former Air Force Secretary Deborah Lee James to its board of directors.

James was secretary for three years and has more than 30 years’ experience working in homeland security and national security for the federal government and in the private sector.

“As someone who just recently led one of the branches of the U.S. Armed Forces, she understands that combating the growing range fo threats that we all face across cyber, logistics and border security requires new thinking,” said Unisys President and CEO Peter Altabef. “In addition, her private sector experience will be invaluable to the board, especially considering her experience with the transformative nature of digital products and solutions as we are launching our next generation of offerings.”

Before serving as Air Force secretary, James held several high-level positions at SAIC, including senior vice president and director of homeland security and later president of the technical and engineering sector.

From 1993 to 1998, she worked at the Pentagon as the top adviser to the secretary of defense on issues affecting the military’s 1.8 million National Guard and reserve personnel. In that role, she oversaw a $10 billion budget and supervised more than 100 staff members.

Before that, she worked for 10 years as a professional staff member on the House Armed Services Committee as senior adviser to the Military Personnel and Compensation Subcommittee, the NATO Burden Sharing Panel and the Chairman’s Member Services team.

She graduated from Duke University with a degree in comparative area studies and also holds a master’s in international affairs from Columbia University School of International and Public Affairs.

James said the commitment of Unisys to safeguarding clients’ most crucial business assets is “second to none.”

“I look forward to helping make the company’s vision of enhancing peoples’ lives through digital security a reality,” she said.