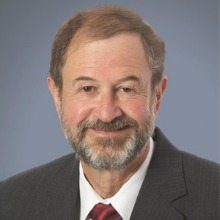 Bill Varner announced his retirement as president of the Mission, Cyber & Intelligence Solutions Group at ManTech via an email to friends and colleagues. Varner’s last day at ManTech will be Dec. 31.

“I feel that I am the luckiest person in the world, to have enjoyed a magical career far beyond my wildest dreams, to have friendships with people like you, and to be healthy and happy,” Varner said. “In 41 years of supporting the Intelligence Community, I’ve never had a day where I was not eager to go into the office and get to work!”

“Bill’s passion for leading his team and serving his organization in support of the IC is as strong now as it was when we first met well over a decade ago,” said Mark HuYoung, managing partner at NorthWind Partners. “He has been a visible, steady executive in industry for over four decades and has been instrumental in the direction and growth of businesses within TASC, Northrop, and, for the past eight years, ManTech. While his constant presence and character in the marketplace will be sorely missed, his better half deserves his increased attention in this next chapter of life. While I suspect Bill will remain involved in industry in some way, shape, or form, I wish him and Linda all the best for continued happiness, health, and success in this next season. Experience great adventures and drive a few supercars for me, Bill.”