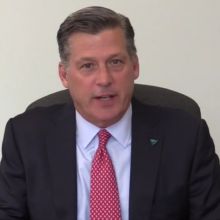 The Northern Virginia Technology Council has named new members and officers to its board of directors.

The council is a membership and trade association for the technology community in Northern Virginia. Serving about 1,000 companies and organizations, its mission involves “promoting innovation and convening, educating and advocating for the region’s technology community.”

Council members also elected 16 members to serve 3-year terms on the board of directors. The elected board members are: