You are at:Home»News»Contract Awards»Next Up for AT&T: Modernizing the CDC 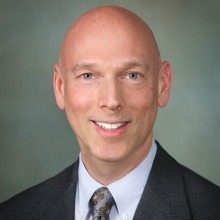 The General Services Administration has awarded AT&T a $119 million contract to modernize the Centers for Disease Control’s communication infrastructure. Rather than focus on a specific technology, the contract is aimed at shepherding the organization forward in an era of rapid and constant change.

“They have a large legacy base of infrastructure,” said Michael Leff, vice president, civilian for AT&T’s Global Public Sector Solutions. “This award is about how to position it to move toward strategic services. It is management of existing infrastructure and positions it for the transition, should [the CDC]opt to move toward strategic services such as unified communications.”

The deal builds on an existing relationship between the carrier and CDC, but does not include wireless or involve CDC’s WAN, which is handled by Verizon. An example of the tasks AT&T will perform under the task order contract is the transition of 18,000 voice lines to VoIP executed under the existing business arrangement. It is possible CDC will adopt smart city technologies—Leff offered smart lighting as an example—on the campuses.

The CDC contract was awarded under GSA’s Connections II program, and such contracts involve a two-step process. GSA approves a base contract and a pool of vendors. Subsequently, the government department that will use the equipment or services—in this case, Health and Human Services—chooses from those approved vendors. Connections II handles “last mile” activities. Core networking is contracted via the same process by a parallel program, Networx, which is being phased out in favor of Enterprise Infrastructure Solutions in 2020.

AT&T was also recently awarded a contract to support the Commerce Department and the First Responder Network Authority. For more information about that deal, check out our story.