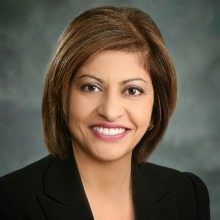 AT&T has been selected by the First Responder Network Authority (FirstNet) to build and manage the first broadband network dedicated to America’s police, firefighters and emergency medical services (EMS). The FirstNet network will cover all 50 states, 5 U.S. territories and the District of Columbia, including rural communities and tribal lands in those states and territories.

This is a much needed investment in America’s communications infrastructure to support millions of first responders and public safety personnel nationwide who protect and serve more than 320 million people across the U.S. This significant public-private infrastructure investment is expected to create 10,000 U.S. jobs over the next two years from AT&T’s work for FirstNet. The network buildout will begin later this year.

Randall Stephenson, AT&T chairman and CEO, said, “We are honored to work with FirstNet to build a network for America’s police, firefighters and EMS that is second to none. This is an unprecedented public-private investment in infrastructure that makes America a leader and public safety a national priority.”

“Today is a landmark day for public safety across the Nation and shows the incredible progress we can make through public-private partnerships,” said U.S. Department of Commerce Secretary Wilbur Ross. “FirstNet is a critical infrastructure project that will give our first responders the communications tools they need to keep America safe and secure. This public-private partnership will also spur innovation and create over ten thousand new jobs in this cutting-edge sector.”

Plus, first responders use more than 10,000 networks for voice communications. These networks often do not interoperate, which severely limits their ability to communicate with each other when responding to a situation.

FirstNet’s mission is to fix this. Through this new public-private partnership with FirstNet, AT&T will deliver a dedicated, interoperable network and ecosystem that will give first responders the technology they need to better communicate and collaborate across agencies and jurisdictions – local, state and national.

“There’s no connection more important than one that can save a life,” said Kay Kapoor, president, AT&T Global Public Sector. “FirstNet is unprecedented in its vision, scope and importance to our nation and the future of public safety communications. We’re honored to be selected for this historic and critical initiative.”

“This partnership brings together FirstNet as the voice of public safety and a global technology team with a proven track record and commitment to public safety,” said FirstNet CEO Mike Poth. “Together, FirstNet and AT&T will move with precision and urgency to deliver this much-needed infrastructure to those who need it the most: the first responders we rely on in disasters and emergencies.”

In addition to creating a nationwide seamless, IP-based, high-speed mobile communications network that will give first responders priority access, the network will help:

FirstNet and AT&T will innovate and evolve the network to keep the public safety community at the forefront of technology advances. For example, as 5G network capabilities develop in the coming years, FirstNet and AT&T will work together to provide the exponential increases in the speed with which video and data travel across the FirstNet network.

The broad terms of this 25-year agreement between FirstNet and AT&T are: