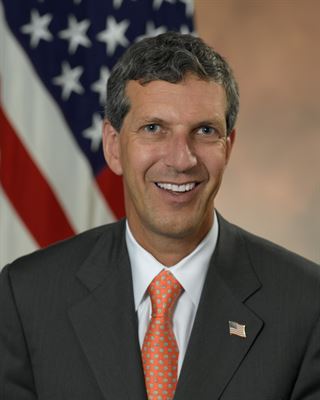 Deloitte has appointed Alan Estevez as a national security strategy and logistics executive at the D.C.-based federal practice of Deloitte Consulting.

Estevez’s most recent role was as the Defense Department’s principal deputy undersecretary of defense for acquisition, technology and logistics. He developed and implemented strategies, policies and programs that increase DOD’s warfighting capabilities, management efficiency and buying power in support of the warfighter.

He supported the defense undersecretary in issues related to acquisition; logistics and materiel readiness; research and engineering; nuclear, chemical and biological weapons; operational energy; installations and environment; and the defense industrial base.

Prior to that role, Estevez held several positions within the Office of the Secretary of Defense, including assistant secretary of defense for logistics and materiel readiness. In that role, he was tasked with providing military logistics support to the U.S. Armed Forces and managing a budget of over $170 billion in logistics operations. He was the first career federal official to hold this position.

Estevez has a bachelor’s degree in political science from Rutgers University and a master’s degree in national resource strategy from the Industrial College of the Armed Forces (now the Eisenhower School) at the National Defense University.