You are at:Home»Events»SAVE THE DATE: SECAF 9th Annual Government Contractor Awards, May 9, 2017 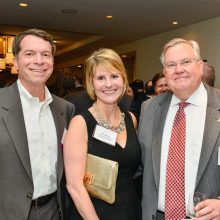 The Small and Emerging Contractors Advisory Forum (SECAF) will host its 9th Annual Government Contractor Awards Gala on May 9, 2017, at the McLean Hilton.

Award winners will be selected from a group of finalists in six categories as follows:

Click here for more information and to purchase a ticket.