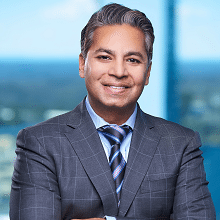 Long before agile development became all the rage in government contracting, CollabraLink was leading the way — quietly, behind closed doors.

With the launch of its new web presence this January, the McLean, Va.-based systems integrator has gone back to its agile development roots, sharing the story of the technology’s evolution — and CollabraLink’s role in moving the government away from mainframes and ERPs — in the years since the company’s founding in 2003.

“We’ve been agilists in the digital modernization space since the 2008-2009 timeframe — before agile was ‘hot,’” says Rahul Pandhi, president of CollabraLink. “Because those roots resonate so well with where the marketplace is today, we really wanted to bring that message to the forefront.”

“We also wanted to clearly communicate with customers and a broader marketplace our mission: We provide federal clients with simple and intuitive solutions that drive efficiency and improve citizen engagement,” Pandhi adds.

The company has amplified that message with several key contract wins: This past summer, CollabraLink won a $68 million large, unrestricted digital modernization contract to provide agile development and engineering to the Department of Transportation.

Months before then, CollabraLink won a SPARC IDIQ with the Centers for Medicare & Medicaid Services. In addition, this past year CollabraLink secured an $83 million, single-award contract with the Labor Department to modernize its IT systems.

Such wins have fueled CollabraLink’s impressive growth – an average of 40 to 50 percent since 2009, when the company began making inroads in the federal government – after an initial start within the commercial sector, where it modernized applications for Fortune 100 companies such as Motorola, Pepsi, AT&T and Bank of America.

“That gave us an appetite for trying to do the same in the federal space,” says Pandhi, whose company has since gone on to snag top industry distinctions such as nomination for GovCon Contractor of the Year award by SECAF.

While CollabraLink builds on its roots, in areas such as automation (“our bread and butter,” Pandhi says), it’s also expanding on its capabilities, too.

“We’re leveraging the latest and greatest in technology, as it relates to cloud, mobility and open source, too.”

CollabraLink is also doubling down on the way it bids on work.

“We’re strengthening the way we deliver our message to customers through our proposals,” Pandhi says. “The government is presenting more tech challenges – they are doing more of a, ‘Build us a pilot’ approach.”

CollabraLink, in turn, answered the call through the creation of an innovation lab this past year. Along the way, CollabraLink has stood up up several sandbox environments; in one case replicating customer technical stacks, in another creating the latest, leading edge open source stacks.

“We are taking those sandbox environments, and our digital lab, and challenging our developers to prove out new technologies,” says Pandhi, noting pilot tests have focused on improving efficiencies by 30 to 50 percent through advances in everything from automated testing to open source technology. 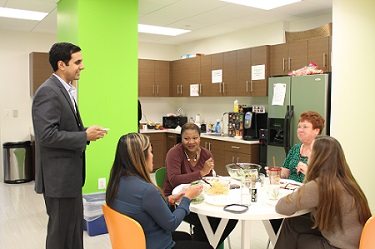 The company’s lab work has since translated into improved efficiencies for federal agencies such as the departments of Education and Transportation.

Plus, the pilot study environment has offered ample ground for the company’s technical staff to boost their technical skills, as they tackle web application frameworks such as Ruby on Rails and AngularJS.

In addition, CollabraLink has boosted its manpower, particularly over the past two years, hiring a vice president of capture, proposal manager and proposal coordinator. Meanwhile, this January the company brought on board a new vice president of digital services.

“We’ve also built out our internal recruiting – we’ve brought on a VP of technology and a director of our BPM [business process management]practice,” says Pandhi, whose own roots include an early start as a developer at Accenture followed by a stint in M&A. “All of these major, major investments in an in-house staff have allowed us to secure the big wins – and get to the point where we’ve gotten to.”

Pandhi remains optimistic those “big wins” will continue under a new administration.

“CollabraLink continues to take an optimistic and bullish perspective on the marketplace,” Pandhi says. “Even in this new administration, the wave around digital modernization will not stop – it is our belief that this administration will see the value in being able to serve the citizens of this country in a more effective and intuitive manner, and ridding the government of antiquated, legacy systems.”

That’s where CollabraLink will continue to lend its voice, just as it builds on its early roots in agile development innovation.

“We’ve got an incredible amount of momentum – positive optimism – and increasing strategic rigor that we’re applying to drive continued growth in the federal sector,” Pandhi says. “You can expect CollabraLink to continue to attack the market with increased focus on value-add areas and a depth of capability that enables mission success.”