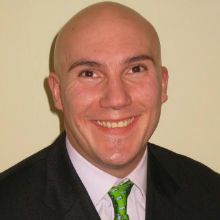 One area of Wolf Den’s political analysis that particularly stood out to the council was its prediction on who would win the 2016 presidential election. While others were surprised by the election results, Wolf Den called the election for Donald Trump as far back as May.

That said, Wolf Den believes the looming debt ceiling expiration, procurement reform, set-aside reform and protest reform will be far more impactful on the GovCon industry – especially in the near term – than any of the president-elect’s policy leanings. 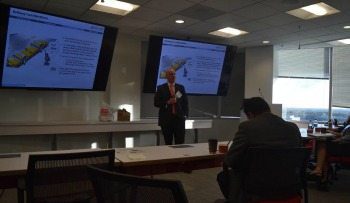 “Kevin Robbins once again delivered a great view into M&A trends today and in the coming years,” said Hans Hollister, executive vice president of corporate strategy and development at ESP. “His predictions have been remarkably accurate even though sometimes they are not what people want to hear.”

In its market forecast, Wolf Den found the current weak state of the global economy has made the U.S. markets the “least bad” place to park money, which has resulted in valuations arguably ahead of fundamentals. Additionally, U.S. interest rates are at historic lows, and while there may be a strong bias toward increasing them, it is very unlikely rates move significantly any time soon, so expect debt to remain cheap for the foreseeable future. 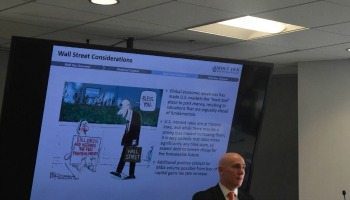 “Our ‘best idea wins’ culture forces us to challenge conventional wisdom, seek syllogistic conclusions, and support any assertions with objective data,” Robbins said. “This same ethos led us to warn clients about weakening demand signals in December 2011, and then to correctly call for the top of the federal market in October 2012. Wolf Den later correctly called the bottom of the last cycle in the federal market in July 2015, four months before the bipartisan Budget Act of 2015 was passed. We are not always right, but we owe you our best ideas – supported by data and a deep understanding of root causes and market drivers – not the repackaged conventional wisdom you can get from others.” 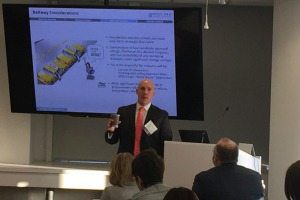 Wolf Den Associates is a strategy and management consulting firm focused on helping federal market participants accelerate their growth. Wolf Den serves over one-third of the Washington Technology Top 100, including more than half of the top 25, and a roster of financial sponsor clients with more than $250 billion in assets under management, providing tailored federal market strategic planning, capture and proposal, technical solutions, and buy-side support services.

Sign up for the company’s monthly Practitioner Perspectives here.

Related: WashingtonExec Execs on the Move Committee Discusses Current State of the Market with Dave West of Wolf Den Associates