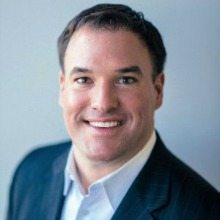 On Oct. 7, the WashingtonExec Execs on the Move Committee was joined by keynote speaker Dave West, vice president of Wolf Den Associates, to review the current M&A market, the private equity landscape, habits of organic growers, and the job markets.

The committee is composed of seasoned executives who are in the midst of transitioning between positions and companies.

West began the discussion by outlining the budget outlook for the coming year and the potential impact the 2016 presidential election’s toxic environment may have on the budget.

“Partisan rancor on both sides of the aisle does not bode well for our budget priorities,” he said. 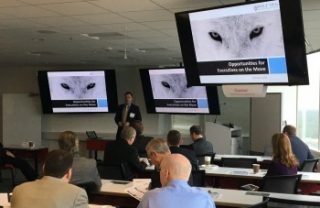 West also discussed the debt ceiling and the Bipartisan Budget Act of 2015 with the committee. He explained that while the new president and Congress will have eight months post-inauguration to agree on the 2018 budget, expect another continuing resolution, despite demands for a real budget from all corners.

West explained there are “winners” and “losers” when it comes to the budget. He said some winners should be IT O&M, cloud migration, IO, and data analytics. Some losers should be acquisition support, custom development, and CND.

As far as opportunities currently in the market, West evaluated the large, medium, emerging, and nontraditional companies that could offer the right jobs for the EOM members.

Lastly, West discussed with the group how the private equity buyer universe has changed since 2001 and reviewed some of the new players in the space. He also reviewed harvest platforms and sponsors that could be eyeing an exit when the timing is right, as well as PE sponsors opportunistic about finding their next federal platform.