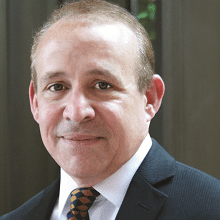 It’s the quiet ones you have to look out for.

As the government began tightening its purse strings over the past few years, IntelliDyne was busy making plans – quietly – to stand out in a contracting market.

A key focus quickly became government chief information officers and helping them solve real-world problems at their enterprise – faster, and in a more cost-effective manner.

A few years later, IntelliDyne’s approach has paid off.

The Federal Enterprise Infrastructure Management IT solutions partner now has record growth to show for itself thanks to a series of recent contract award wins with various federal defense agencies, such as the Defense Health Agency – all totaling over $80 million.

“We’ve built this arsenal of domain expertise on what it takes to deliver outstanding service and successful mission outcomes – at the enterprise level – with security, network and data operations centers, as well as help desk, video conferencing and all of the other pieces of enterprise architecture,” says IntelliDyne CEO Tony Crescenzo, a longtime industry veteran (and U.S. Marine) who’s been with the company for the past five years, three of them in his current role.

Driving that work, adds Crescenzo, is a focus on three foundations: transparency, accountability and predictability – all fueled by predictive and prescriptive analytics as services and solutions to transform big data into actionable items and intelligent decisions government CIOs can use now.

That focus is just what the government ordered, particularly on the heels of the 2014 DATA Act, which called for federal spending transparency through standardized, machine-readable data; and the more recent passage of elements of the Federal Information Technology Acquisition Reform Act, which expands oversight of almost $90 billion in federal IT spending.

Through it all, Crescenzo saw the urgency for cost-efficiencies, mixed with a healthy dose of strategic foresight.

“The government services market hit the skids in 2013 and 2014 – by 2015, it was clearly a market with real systemic issues,” says Crescenzo, speaking from his new offices in Fairfax, Virginia.

“If you talk to CIOs about what drives them crazy, it’s not finding out – until it’s too late – that they have a problem,” says Crescenzo, citing last year’s massive Office of Personnel Management data breach that impacted some 21.5 million individuals from both inside and outside the government.

“When you hear about things like vendors that don’t perform – the CIO finds out when their government customers or citizen end-users start complaining that the services they are either paying for (or that they expect) don’t work,” says Crescenzo, who makes his personal cellphone available, day and night, to all federal customers.

“When things slowed down,” he adds, “we focused on learning how we could effect the mission outcomes for CIOs in government who had to deliver to their constituents and citizens – that’s what drove us to realign our organization around not just analytics but the delivery of insight, knowledge and wisdom that is actionable – and creates an outcome for clients.”

With that focus, IntelliDyne recently formed an Advanced Analytics Practice to develop practical solutions that leverage advanced analytics to leverage information – and reveal actionable intelligence and insights, all in an effort to accelerate time to value.

“It’s not analytics for analytics’ sake – it’s not big data, either, because it’s a ‘cool’ or catchy buzzword – but actually about having CIOs determine how they’re doing in real time as opposed to every six months,” he says.

That’s where current expertise has come into play.

“We used our domain knowledge of how to run a world-class data center, in environments  like the Defense Health Agency, to look at, ‘How do we tie performance and accountability in a particular procured services deal to the expectations of the client?’” Crescenzo says.

“We defined the metrics,” he adds, “and the period, frequency and velocity of the reporting required.”

The end result is an internal solution to monitor metrics that matter.

“It allows our program managers to see in real time – and near real time – the status of everything that we are being evaluated on, as well as the additional things the client wants us to look at,” Crescenzo says.

Now, IntelliDyne is replicating the same solution for customers.

“When our clients got ahold of it, they said, ‘Holy cow, we really need to have that,’” Crescenzo says.

“Frankly,” he adds, “when you talk to CIOs, nobody wants to buy a platform or a tool – they want to buy an outcome or solution.”

That outcome is a platform-agnostic solution that incorporates tailored software solutions embedded with services.

Throughout, cost-savings for the customer have taken precedence.

“We decided not necessarily to build something from the metal to the desktop but to take advantage of what the government has already spent on technology,” says Crescenzo, noting that approximately 88 percent of the analytics platform market is largely controlled by several key players (SAS, QlikView, Spotfire and Tableau).

“If you’ve got an investment in one of those platforms, you don’t want to spend additional money to get an IntelliDyne solution, so what we built was not the platform itself but the intelligent algorithm – the encapsulated knowledge, wisdom and insight that a CIO absolutely has to have in order to be effective,” he says.

“The outcome is that the client knows what’s going on, knows the quality that we are delivering on and is experiencing some economies around what they are spending,” Crescenzo says.

“They have,” he adds, “transparency, accountability – and they can predict what their spend and mission outcomes will look like over time.”

Proving, once again, it’s the quiet ones who sometimes have the most impact.