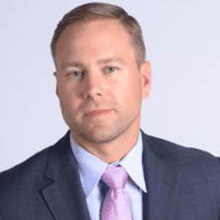 If there’s one realization that government customers are slowly waking up to, it’s that lowest-price, technically acceptable contracts don’t always yield solid results.

Recently a new bill, Promoting Value-Based Defense Procurement Act, was introduced in the Senate to steer the Department of Defense away from overusing LPTA evaluation criteria in IT acquisition. In a low bid world, value hasn’t always followed, particularly with more complex systems integration efforts. That realization is opening the door to greater conversation by companies like SC3 in their own work with government customers.

“There is a renewed focus on contract efficiency,” says David Page, CEO of SC3, an Alexandria, Va.-based provider of high-end mission support, consulting and technology solutions to the federal government in defense, intelligence and civil markets.

Page notes that while the federal government may never return to its 2002 to 2007 heyday when best-value contracts reigned supreme, it’s still slowly shifting away from the LPTA landscape that subsequently ensued – and that’s something Page sees continuing.

Building on that best-value momentum, SC3 began the year with solid organic growth fueled by several key contract wins. Among them, in January, the company was awarded a prime contract to support the DoD’s Army Research Laboratory (ARL).

Bolstering that breadth of capability has been SC3’s successful integration of four separate organizations to create the current organization in June 2014.

“As we expanded our services, we were looking to grow horizontally across capabilities, as well as our customer set,” says Page, who assumed the role of CEO of SC3 in 2014 when the DC Capital Partners investment companies were merged.

Throughout SC3 has focused on maintaining a full spectrum of support.

Page cofounded SIG in 2008 with a focus on operations and analysis needs within the DoD and intelligence communities and continued an aggressive growth path, making three acquisitions from 2010 through 2013.

In 2010, the company acquired a competitive intelligence firm, with a knowledge management tool that primarily serviced the private sector. Then, in 2012, came the acquisition of an IT services company, Catapult Technology, which provided infrastructure operations support to federal and civilian agencies; and in 2013, came Computer Security incorporated, which provided hardware, software and appliance technology reselling, primarily back into the DoD and intelligence communities. In 2014, Page made the strategic decision to bring the companies under one umbrella, SC3, in order to offer the full continuum of capabilities in intelligence and technology to a broader market.

In the midst of those acquisitions, Page has focused on steering clear of an all-too-common industry pitfall.

“There are many horror stories in the acquisition world of failed acquisitions – and most of those relate to integration,” says Page. “We took our time,” he says, “and operated each of those acquisitions as a wholly owned subsidiary for multiple years – this allowed us to truly gain an in-depth understanding of the people and offerings of each company.”

That approach, says Page, is what he’s most proud of since assuming the helm as CEO.

“There are not groups of individuals within our corporate office who talk about the legacy company – there is not an ‘us-versus-you’ mentality,” says Page. “A lot of that [integration success]is simply because we all had very similar cultures, and spent a lot of time both reaching out to employees — asking them what they loved about their legacy organizations, and what they would like to see in the new company — and involved them in that decision-making.”

SC3 now stands at just over 500 employees and 250 consultants, with a combination of technical proficiency and national security clearance qualifications. But the intangibles also matter, says Page, noting the importance of character and a sense of mission, plus a willingness to roll up one’s sleeves.

“At the end of the day,” says Page, “we have a saying here at SC3, ‘Better People make better SC3 employees.’”

That focus on “better people” makes retention a high priority.

“You can have the greatest recruitment arm in the industry, but if you are not providing challenging opportunities for growth, then for every step you take forward, you’ll be taking a step backward.”

With retention in mind, SC3’s executive team routinely identifies the top 25 employees within the company, and “offers them the opportunity to grow and learn of any gaps they may have in their knowledge base,” says Page, who also places a premium on competitive benefits and salary, and encourages all employees to take all of their vacation each year.

In addition, SC3 focuses on giving tier 1 help desk support, in areas such as IT services and infrastructure operations, the opportunity to move into tier two or three support roles based on learning new technical sales related to a specific technology provider. Plus, the company pays for new certifications within a technical field that afford the chance to move into technology consulting, in areas such as systems administration and network engineering.

The drive for betterment is something Page can relate to. “I’ve always been an extremely competitive individual,” says Page, who played college football at Southern Methodist University, and earned degrees management information systems and accounting, at SMU and University of Virginia, respectively.

“Regardless of what I do – and I teach this to my kids now – it’s not worth doing unless you’re going to give 110 percent – this methodology has played a big part of my success as an individual and that of our company,” says Page.

Meanwhile, Page’s approach is based on a “pretty simple” philosophy: an employee-first mindset, as he puts it. “That mindset engenders satisfied and loyal customers,” says Page, “which, in turn, drives repeatable business and growth.”