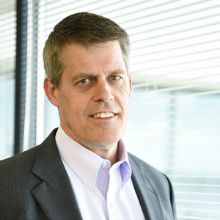 It was announced on February 9th by McLean, Va.-based Altamira Technologies Corporation (Altamira) that it has been named one of four awardees on the VOXGLO II contract. This contract has a value of $375 million and period of performance out to October 2020. The objective of the VOXGLO II contract is to support the NSA’s Research Directorate in the areas of contract research and development services.

Ted Davies, President and CEO of Altamira stated, “We are proud to have been selected to continue our partnership with NSA’s Research Directorate in support of its critical mission, where our investment in innovative technologies and solutions will have a meaningful and direct impact. VOXGLO II is the perfect forum for Altamira’s innovative approach to solution development.”

Jonathan Moneymaker, Chief Strategy Officer for Altamira said, “The mission of NSA’s Research Directorate is of utmost importance, especially given the existing National Security climate and volatility across the globe.”