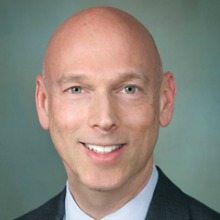 Change is coming to the U.S. Census Bureau. Recently, the bureau awarded a 5-year contract to AT&T to support the work performed by up to 20,000 census takers. Under the new agreement, census takers can use mobile applications to capture and transmit data in near real-time as they work in the field. The backbone of that capability rests on AT&T’s 4G LTE network and Internet of Things (IoT) services.

“We are really excited about the opportunity to team with Census and bring some of these emerging technologies and our AT&T Control Center Platform to mobilize Census,” says Mike Leff, Vice President Civilian for AT&T Government Solutions. On the heels of that win, Leff shares more on the AT&T Control Center Platform, and how it’s slated to contribute to Census operations going forward.

WashingtonExec: What capabilities will AT&T provide the U.S. Census Bureau under this contract?

Mike Leff: We are mobilizing the Census Bureau to support the surveys they conduct each year and help them achieve their mission cost effectively. We’ll deliver an Internet of Things solution that uses our AT&T Control Center platform. Our solution will provide the principal network connectivity to link Census field representatives to their workloads via their devices.

The AT&T Control Center is a sophisticated cloud-based platform that will let the Census Bureau launch, manage and scale their connected device deployment. Using it, they can monitor, understand and control their wireless network usage.

Mike Leff: Census conducts upward of 120 to 130 surveys each year. These are in-depth studies that span education, health, and employment. They require census takers to get out into the population and conduct interviews with survey participants that can last up to an hour or an hour and a half. Our solution allows census takers to capture and transmit survey data in near real-time back to Census. It also lets the Census Bureau manage and control its wireless network usage. Both features can help Census achieve its mission more cost-efficiently and effectively.

WashingtonExec: Do you see the Internet of Things as the continuation of technology of the past or as a disruptive type of solution?

Mike Leff: I would characterize it as just one of many significant outcomes of the continuing evolution of networking, mobility and cloud services and the opportunities for innovation, value-creation and cost-efficiencies that these technologies are driving. The Internet of Things is really about connecting people, devices and machines, and using the connectivity and information flow to improve business processes, reduce costs, and innovate.

WashingtonExec: How will the public’s engagement with the Census Bureau, and the broader surveys we see every 10 years, change?

Mike Leff: The mobility services we provide in the current agreement support the Census Bureau for the surveys they conduct year-in, year-out. Certainly, the Census Bureau will have the opportunity to choose our mobility services for the big decennial survey in 2020. The changes that our services enable for Census Bureau are more focused on how they will be able to manage, monitor and control their usage of our wireless network through a “single pane-of-glass” to support the devices their census takers are using.

The AT&T Control Center platform essentially is going to give them visibility and insight into how these devices are running and operating on the network. It will also provide intelligence around diagnostics and maintaining uptime. It will give them near real-time information and visibility into all of their connected devices and where and how they are provisioned. It also provides a connection history of which devices have come on and off the network.

WashingtonExec: Did this new technology foster any new approach to mitigating security risks?

Mike Leff: We are a leader in the Internet of Things, connecting people, processes and things. We help protect connected devices and machines using layers of security and threat detection in our network, apps, and customer devices. We provide highly secure connections to more than 123 million wireless customers in the U.S., more than 3.5 million businesses worldwide, and we have more than 25 million connected devices on our network as of 2Q 2015.

We have unparalleled visibility into new and evolving security threats, and security is at the core of what we do. Our security experts monitor our network for threats 24/7/365 with 100.4 petabytes of data crossing our network every day. We think our network connectivity and the services we are providing to the Census Bureau are going to make a huge contribution to help them achieve their mission.