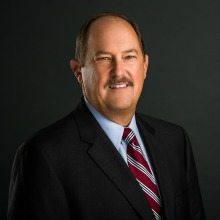 The Rising Star Award is given out annually to those individuals who, within the first ten years of their federal IT careers, have exceeded their job descriptions and have impacted not only their organization but the community at large.

Randy Fuerst, president and chief executive officer of Oceus Networks said, “Michael Wheeless consistently demonstrates excellence as part of the Oceus Networks team and we are proud that his work, engineering expertise and potential have been recognized by FCW.”

Among Wheeless’ accomplishments he was able to combine a complex set of commercial communications systems into one consistent shipboard network for the U.S. Navy.

The GCN Awards Gala will take place on October 14th where Wheeless will be recognized for his accomplishments. He will also be profiled in an upcoming issue of FCW magazine and on FCW.com.