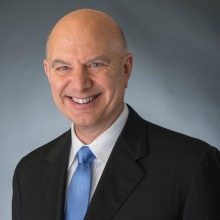 Vricon Explorer allows for user interaction with a 3D data set and is available for download through the GEOINT App Store.

“We are extremely pleased to announce the availability of the first app developed under this landmark program,” NGA’s IGAPP program lead Joedy Saffel said. “Today’s announcement represents an important milestone for IGAPP and our objective of creating a vital new link between NGA and innovative commercial app vendors. The brokerage system gives these vendors an opportunity to showcase their app development skills and reach a large audience of government agencies.”

“We are very pleased by today’s announcement,” Engility President and CEO Tony Smeraglinolo said. “Through our IGAPP team, we are adding applications vendors daily. The enthusiasm from developers, combined with the excellent pipeline of apps under development, provides a strong indication that this creative program will remain strong and grow in 2016.”

“We are delighted to be the first vendor to successfully go through the IGAPP program,” Vricon Vice President Paul Sartorius said. “IGAPP gave us the support and infrastructure we needed to deploy Vricon Explorer and reach warfighters and others who work in difficult or unknown terrain. They will benefit immediately from high-resolution 3D situational awareness. We look forward to continuing to work with the IGAPP team to incorporate feedback from initial users into future development cycles and capability updates.”

IGAPP is managed by TASC, an Engility company, and serves as a broker between commercial vendors and government agencies interested in acquiring applications.

Vricon Explorer provides a glimpse into real-world surroundings using automated 3D technology. Currently available for use on Windows devices, Vricon Explorer will be expanding its capability to be available on Android and iOS devices in 2016.

The app’s tools and capabilities designed specifically for government and professional users include: