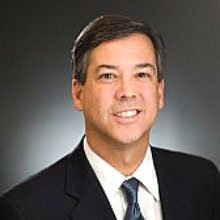 Engility Holdings, Inc.’s Senior Vice President for Strategy and Corporate Development Craig Reed plans to step down from his role.

Reed was critical in Egility’s development. In April 2012, he was brought into L-3 Communications to help create Engility, which was then formed in July 2012. Reed served on the company’s leadership team.

“Craig led strategic planning and corporate development efforts that have been crucial to setting our current course, culminating in the acquisitions and integration of DRC and TASC over the last 18 months. His external relations efforts have established highly positive brand recognition for Engility within our industry and helped drive shareholder value.”

Stan Soloway, president at Professional Services Group, had this to say of Reed: “Craig is one of the really good guys; smart, engaged, and very thoughtful. Given where Engility is today, his move makes eminent sense and given all he has accomplished I have little doubt that he’ll land somewhere quickly.”

Bob Kipps, managing director at KippsDeSanto & Co, said: “We’ve done deals with and known Craig for years. In addition to being a great guy, he’s a seasoned GovCon dealmaker whose fingerprints are on some of the largest (and toughest) deals completed in the sector.”

Reed plans to leave Engility sometime in the fourth quarter of 2015 and in the meantime will support the transition of his functions within the company.