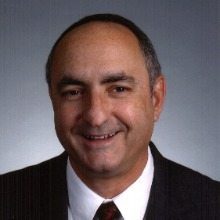 It was announced on August 26th by Arlington, Va.-based Subsystem Technologies, Inc. (SUBSYSTEMs) that it has won an Army Rapid Prototyping and Technology Initiative (RPTI) contract. RPTI’s focus is on growing the Armament Research, Development and Engineering Center’s (ARDEC) speed in meeting the soldier’s field requirements.

SUBSYSTEMS will focus on providing materials and services important in supporting the Global War on Terror to the Picatinny Arsenal, New Jersey ARDEC program office. Quickly responding to the soldier’s needs for armament related products and services, including lethal and counter-lethal solutions will be the main focus of this contract.

Richard Bodson, SUBSYSTEMs President, said, “SUBSYSTEMs is extremely proud and honored to expand our Army services to this very important rapid prototyping program. We have provided dedicated and devoted support to the Army for over a quarter century and the RPTI program is a logical extension of our expertise, including that of our integrated teammates. Winning RPTI is a testimony to the successes achieved by our staff and team; we are proud and will do the very best for our military.”

Indra Nayee, SUBSYSTEMs Director for Defense Operations had this to say, “Today’s every-changing threats on the battlefield, as well as the surges in response to shifting military environments, require ARDEC to deliver the rapid prototypes and technology innovations to its customers within weeks of receiving the requirements. We are very excited about this opportunity and as an accomplished integrator with the management experience, technical skills and history of rapid response to the warfighter; we will continue to provide ARDEC with a comprehensive solution for rapid prototyping and system integration under the RPTI contract.”