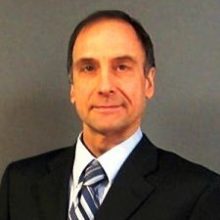 Waltham, Mass.-based QinetiQ North America announced Jan. 20 the appointment of Jeff Yorsz as the company’s new president. He will oversee all aspects of strategy and operations.

“Mr. Yorsz has a wealth of experience and demonstrated successes in the government and commercial markets,” QinetiQ North America Chairman of the Board Len Moodispaw said. “I am confident that he will provide exceptional leadership to QNA.”

“I am very impressed with both the products and the people at QinetiQ North America,” Yorsz said. “Historically, QNA has developed products in robotics, armor, controls and sensors to solve some of the most difficult problems faced by government and industry. I look forward to continuing that tradition of innovation with our present customers and also leveraging it to invigorate our non-defense activities.”