You are at:Home»News»Bethesda, Washington, D.C. Among Top 3 Cities Nationwide for Pay in STEM Fields 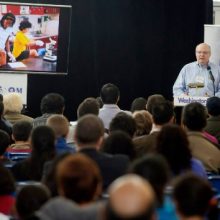 Two cities in the nation’s capital are among the top three nationwide for pay in STEM jobs, according to a study by SmartAsset, which analyzed data from the Bureau of Labor Statistics.

The study’s key findings include:

Here’s what SmartAsset had to say about Bethesda (ranked No. 1) and Washington, D.C. (ranked No. 3):

The Bethesda-Rockville-Frederick metro area is home to the National Institutes of Health, as well as Lockheed Martin, one of the largest military contractors in the world. There are plenty of well-paying jobs for STEM workers. According to the analysis, there are at least 13 different STEM positions that pay more than $100,000 per year on average in the Bethesda metro area.

The U.S. government may be the single largest employer of mathematicians and scientists in the world. Many of these jobs are located in the nation’s capital, which is home to headquarters of (among other offices) the U.S Army Corps of Engineers and NASA. Add to that the plethora of defense contractors with offices in the D.C. metro area, (which includes Arlington and Alexandria, Virginia), and you have one of the best job markets for STEM workers in the world.

Click here to read the article in its entirety, “The Best Cities for Pay in STEM Jobs.”