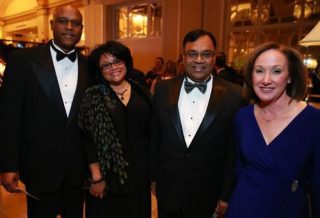 The NKF honored are variety of individuals at the gala, including His Highness Sheikh Mohammed Bin Zayed Al Nahyan, Crown Prince of Abu Dhabi and Deputy Supreme Commander of the UAE Armed Forces, for his leadership in raising awareness on a global scale; Bob Dandridge, who will be accepting the Community Service Award on behalf of the Washington Wizards; and Johnnie Cannady, who is a patient advocate for the National Kidney Foundation. 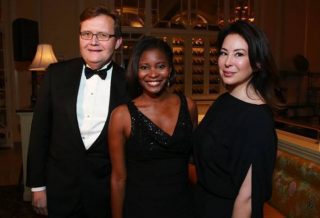 The D.C. area has the highest prevalence of kidney disease in the U.S. with more than 700,000 affected, nearly 6,000 on dialysis, and more than 1,500 waiting for a life-saving kidney transplant.

The National Kidney Foundation is the leading organization in the U.S. dedicated to the awareness, prevention, and treatment of kidney disease. The money raised will support research, patient services, public and professional education, and organ donation awareness.

Some auction items from the Gala are still available, click here to learn more.