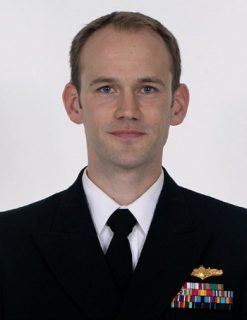 The Intelligence and National Security Alliance (INSA) will hold its 5th Annual Achievement Awards ceremony Thursday, Nov. 13, at the Mandarin Oriental Hotel in Washington, D.C. The ceremony will honor six professionals in the intelligence and national security sectors for their professional contributions to the community.

Lt. Gen. Mary Legere, Deputy Chief of Staff for Intelligence in the U.S. Army, will deliver the keynote address.

WashingtonExec spoke with award recipients about their nominations, what it means to them, their mission and more.

Today’s featured interview is with Lt. William Fox, Office of Naval Intelligence. He is the recipient of the William O. Studeman Military Award.

WashingtonExec: Did you know you were nominated for the award, or was it a surprise?

Lt. William Fox: I found out that I had been nominated shortly before being notified I’d been selected for this year’s award.  It was a surprise and an honor.

WashingtonExec: Have you prepared a speech, or do you plan on saying the first thing that comes to mind?

Lt. William Fox: I haven’t prepared a speech yet, but I like to know what I am going to say before I open my mouth, so I will gather my thoughts before the ceremony.

WashingtonExec: How would you describe your mission?

Lt. William Fox: My mission is to lead a team of analysts and provide actionable insights on our analytic portfolio to Navy leadership, operational commanders and policy makers. Specifically, we are trying to help our audiences understand what is happening, how it is significant, and what will happen next so that they can make informed decisions.

WashingtonExec: Finish the sentence: The best part of about my job is…

Lt. William Fox: There are so many ways to finish this sentence. The top two are: 1) The people I get to work with. I love that I get to work with smart, ambitious and honorable people. I have a lot of respect for them. 2) I actually get paid to do something I love. I feel like I won the lottery by having this job where my work matters and I am constantly challenged to learn new things. It is intellectually stimulating and very fulfilling.

WashingtonExec: Could you name an aspect of your job that you did not expect when you were first brought on?

Lt. William Fox: I did not appreciate how many forms intelligence could take. Intelligence exists to support the spectrum of military warfare disciplines and decision makers, so we end up being assigned to jobs with vastly different portfolios. It is fun and professionally challenging – every few years there is a new opportunity to learn.

WashingtonExec: What is something you are most proud of, personally?

Lt. William Fox: I am most proud of being a dad to my three children and a husband to my wonderful wife. I am also gratified that I managed to learn Chinese when I was 31. It was a life goal of mine, and it turns out Chinese is pretty difficult, so I’m proud to have learned it.

WashingtonExec: What organizations are you involved with outside of work?

Lt. William Fox: I occasionally take part in alumni events for Tufts University’s Fletcher School of Law and Diplomacy. I also really enjoy my interactions with the Long Term Strategy Group and the American Academy for Strategic Education. 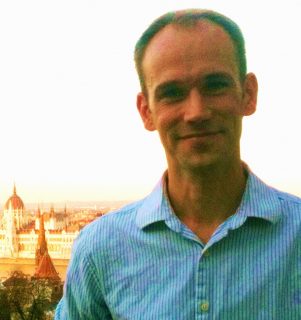 WashingtonExec: Who is someone you admire and who has been a mentor to you throughout your career?

Lt. William Fox: I really admire George Orwell and Vaclav Havel. Both men were intellectually honest, brave, and willing to live out their ideals, even in the face of great cost.

WashingtonExec: In your opinion, what are the top three qualities that every mentor should possess?

Lt. William Fox: I have been privileged to work for mentors who 1) are proactive in developing their subordinates; 2) understand their subordinates’ areas of strength and career goals; 3) are willing to push their people to grow.

WashingtonExec: How have you worked to be a mentor in your organization, and who do you consider your professional mentor?

Lt. William Fox: I learned how to mentor others by emulating some of the officers I’ve worked for. I’ve been fortunate to have a number of outstanding senior officers invest in me, and I consider Captain Dale Rielage in particular to be a professional mentor.

WashingtonExec: What more do you think organizations in the intelligence community should be doing to engage the millennial workforce?

Lt. William Fox: Communicate how intelligence is a natural fit for many millennials: it is meaningful work that is intellectually stimulating and fulfilling. Not many occupations have all of those factors.

WashingtonExec: How has the Intelligence Community changed since you entered?

WashingtonExec: What is your favorite intelligence movie or book?

Lt. William Fox: I keep coming back to Nate Silver’s The Signal and the Noise – his explanations about thinking probabilistically rather than in a single narrative are very useful. I also recently read And I was There, Admiral Layton’s classic account of the intelligence successes and failures in the Pacific during WWII. It was fascinating to trace Layton’s development as a junior officer, when he invested years learning Japan’s language and culture, and then seeing how that investment paid off for the United States in the decisive battles of WWII.