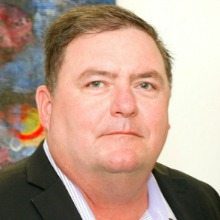 McLean, Va.-based HumanTouch LLC announced Oct. 28 it has been awarded a contract by Marine Corps Systems Command (MCSC) to develop an IT Execution Roadmap for the Marine Corps Recruiting Command (MCRC).

“We are excited about expanding our partnership with the Marine Corps in support of such an important mission,” Director of HumanTouch’s Navy/Marine Corps market Jerry McQuoid said. “As Marines ourselves, there is no greater sense of satisfaction than knowing our support and thought leadership will strengthen the mission of MCRC and the 4,200 recruiters who deliver this mission world-wide.”

“Recruiting is at the heart of the Marine Corps’ mission, and we are proud and honored to have this responsibility,” HumanTouch’s SVP of Corporate Strategy Jim Benson said.