You are at:Home»Events»Raul Fernandez, Chairman of Fight Night Gala, Chats About the 25th Annual Event 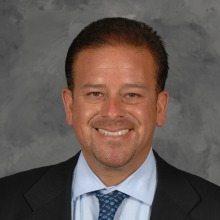 Fight Night will bring together 2,000 attendees for an evening of auctions, entertainment and live professional boxing bouts. Last year, Fight Night raised more than $3.9 million. Funds go toward providing education and healthcare services through Fight For Children and other organizations to support kids in our area.

WashingtonExec recently spoke with Raul Fernandez, who will again serve as Chairman of Fight For Children, about Fight Night, the programs the charity serves and what he’s most looking forward to at this year’s Gala.

WashingtonExec: What led you to become Chairman of Fight For Children?
Raul Fernandez: When Joe died three years ago, I made a promise to him and committed to ensuring that Fight For Children lived on, continue to fulfill its mission and evolve. Becoming Chairman was a natural development from that promise. I believe in what Joe started 25 years ago. I believe in the importance of giving these at-risk youth every chance. The nearly $500 million we have raised in 25 years has made an immeasurable impact on the lives of tens of thousands of kids. That is why this is so important to me.

WashingtonExec: How has the planning for Fight Night been going? What is something you are most excited about?
Raul Fernandez: At Fight For Children, we are fortunate enough to have a devoted staff who really are the brain trust for this event. And partnering again this year with Under Armour has really been exciting. For the first time ever ,we are scheduled to have world title bouts on the card for the evening. While it’s always been D.C.’s Fight Night, this year we’ve upped the ante. It’s going to be amazing.

WashingtonExec: How will this year’s event be different from last year? What did you learn from being the chairman last year that you wish to implement this year?
Raul Fernandez: In addition to the world title bouts, this year we are adding some incredible new entertainment. I can’t say just what, but it will be “hot.” We also have a new laser show that I think will really impress everyone.

WashingtonExec: Where has money raised from Fight Night helped local low-income children?
Raul Fernandez: Funds raised at Fight Night have traditionally supported grants to more than 160 local organizations that are making a daily impact in children’s lives like the Children’s National Medical Center mobile dental van and Apple Tree Institute for Education Innovation. In the past few years, we have broadened our focus. Today, we are committed to using monies raised at Fight Night to also launch and support our own programs, like Joe’s Champs, our signature early childhood education program.

WashingtonExec: Which boxing legend are you most excited about who is attending Fight Night this year?
Raul Fernandez: This one is actually pretty tough for me. Even the guys I have seen year after year, it’s always fun to reconnect with them on the big night. And we are all so sincerely appreciative of their willingness to give of themselves and their time to continue to support the night. All the legends are legends for a reason. We have some great names returning — Ray Mancini, Gerry Cooney and some new faces, including Juan LaPorte, Sonny Boy Jaro, Roberto Duran and Mia St John.

WashingtonExec: How can you sign up or donate to this event? Why this event over others?
Raul Fernandez: Fight Night was unique when Joe conceived of it a quarter century ago — and remains successful all this time later because of the worthy work we do — but also because it’s a different kind of night.

It is the only all-male smoker in D.C. We actually have a social ordinance that allows smoking at the Washington Hilton one night a year just for this. There are so many great galas that raise money for important causes; in fact, I am involved in a number of them. But Fight Night — Fight Night is just special. There are few tables left, and I think we will sell out as we did last year. The best way is for folks to get involved is to go to our website.

WashingtonExec: What is something most people don’t know about Fight Night?
Raul Fernandez: The first Fight Night 25 years ago — when it was held at the Capitol Hilton — actually lost money! Joe put in some of his money so Fight For Children, which was also born 25 years ago, could make some small grants. We’ve come a long way!