You are at:Home»Execs to Know»Exec Moves»InScope Names Damon Griggs as President, COO 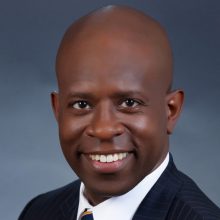 InScope International, a business, technology and staffing service provider, announced that it has appointed Damon Griggs as president and chief operating officer.

“Damon is tailor-made for the leadership that InScope needs for growth at the next level,” said Mike Bruce, the company’s chairman and CEO, said in a statement. Griggs will be responsible for leading all operational and tactical aspects of the company. He most recently served as president of Washington Consulting Inc. and senior vice president at Alion Science & Technology.

Griggs brings more than 20 years of technology and consulting leadership to the positions.

He earned a bachelor’s degree from Yale University and master’s degree in business administration from Georgetown University.