You are at:Home»Execs to Know»Acquia Public Sector VP Todd Akers on Why Government Agencies Should be Leveraging Open Source 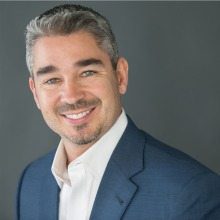 It’s a good time to be in the business of open source – or at least that’s what companies like Burlington, Mass.-based Acquia are broadcasting.

Todd Akers, vice president of the company’s public sector, told us in a recent interview that his optimism stems from the fact that the Drupal platform is enterprise ready and increasingly popular across the federal government. In fact, his team responded to 14 different RFPs and RFIs last quarter alone for Drupal from agencies.

“Today we’re seeing an acceleration in the momentum and adoption of open source, and Drupal in particular, across the federal government,” Akers said. “Whereas there may have once been a misperception that implementation of open source platforms presented a lot of roadblocks, now people are realizing their immense value.”

Acquia is currently the largest Drupal infrastructure provider in the world and serves roughly 27 billion hits, or 333TB of bandwidth, a month, according to Drupal creator and Acquia’s CTO, Dries Buytaert, in a recent blog post.

“This investment builds on the recent $50 million financing round that Acquia completed in May, which was led by New Enterprise Associates (NEA),” Buytaert wrote in the blog post.

The company uses open source technology to power digital transformation and improve communication and citizen engagement for a range of agencies and government sites – think – fema.gov, georgia.gov and dot.gov – and has been heavily involved in re-platforming projects for the Justice Department and the New York Metropolitan Transportation Authority.

In our interview, Akers told us about his favorite commercial application and walked us through the open source landscape — explaining the value in open source platforms like Drupal, outlining why the technology drives digital innovation within government, and how to mitigate security concerns.

WashingtonExec: What is the largest roadblock you face when promoting open source platforms within government agencies?

Todd Akers: Well, there are still some lingering roadblocks when it comes to adopting open source platforms in the public sector. Namely, that it’s not secure enough, it’s too open, and that it’s not enterprise-grade.

However, these are all misconceptions. Open source technology is actually highly secure, it’s monitored by thousands of some of the world’s leading developers, it’s very polished, and it’s proven to work for Fortune 500 companies in the commercial space so it would certainly work for large (and small) government agencies.

WashingtonExec: Do you have any advice for government CIOs who are pushing for adoption of open source technology?

Todd Akers: If you’re a CIO trying to make a decision about where you’re going to allocate resources or make an investment, it’s important to start small. Take time to fully evaluate and understand what your requirements are and then determine the strategy to get there. Potentially, test the waters on small projects to get a clear picture of what it’s going to take to accomplish your stated requirements or goals.

Once the CIO defines the scope and goals, it’s critically important that they identify and compare the total cost of ownership for deploying a proprietary platform versus deploying an open source one, like Drupal. They should quickly realize that deploying an open source solution typically reduces the overall cost of the project by an average of 20 percent because it allows them to completely avoid the software licensing costs that are associated with proprietary platforms.

Additionally, open source technology works with virtually any type of legacy solution an agency may already have in its IT shop. There’s no need to purchase proprietary software – open source will work in even the most heterogeneous of IT environments.

Since CIOs are faced with ever-shrinking budgets, the ability to reduce the estimated cost of a project and invest that money saved into other innovative new solutions will ultimately result in better services being provided to their workforce and to the general public as a whole.

When we’re talking about projects that are $1, $2, or $3 million projects, 20 percent is a significant amount of money that can be used to enhance the overall agency.

Todd Akers: I would say open source – though not necessarily the driver of digital innovation – enables digital innovation. When you have an open source platform, the code is open, it’s easily accessible, and you can innovate or add features onto it very quickly. It’s that openness that allows the thousands of open source developers to tirelessly work to push the envelope and allow government agencies to have access to cutting edge software, so they can help themselves be innovative.

When you have a platform that enables innovation, it means you can bring those new features or different capabilities to market a lot faster. One example that we like to use is when Pinterest became popular a couple years ago, Drupal had a module that allowed for full functionality and leverage of the Pinterest application within a matter of a couple of months. If you were using a proprietary platform, you were probably looking at a 1-2 year wait for the same functionality.

Todd Akers: Honestly, the concerns are very minimal. Open source software, including Drupal, is extremely secure. That’s because it’s backed by thousands of developers the world over – many of whom are web security experts – tirelessly working to ensure that any potential security flaws are addressed immediately. There’s a reason why governments across the globe are making open source a part of their IT repertoire – they know it’s safe. They wouldn’t be implementing it otherwise. Do they still have to take precautions, like granting content management access to only those who need it? Well, yes, but certainly no more so than any other type of software.

WashingtonExec: What are some interesting projects that Acquia is working on right now?

Todd Akers: This is a great time for Acquia in the public sector. Right now we’re working with several agencies, most notably the Department of Justice. Acquia is running their entire re-platforming project. We’ve already released some preliminary sites on doj.gov, and they’re using our cloud platform to host that as well.

Another very fascinating project is the work that we just won with the City of Los Angeles. We will be helping them with a re-platforming project for more than 20 sites and moving them to a Drupal-based open source platform.

WashingtonExec: What is your favorite app?

Todd Akers: I’m a big fan of OpenTable because I’m a foodie and I like to eat out a lot. I find it very easy to make your reservations and find a good place to eat in the city or out where I live in Leesburg.