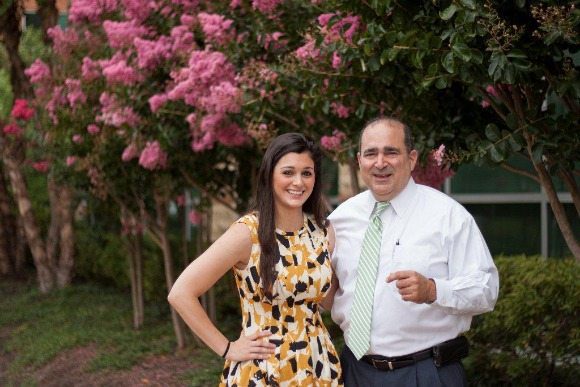 “We’re in the people business.”

That’s what Jeff Giangiuli, the executive vice president and chief operations officer at CALIBRE Systems, enjoys most about his job as the federal IT market recovers from constricted government budgets, battles a gap in its STEM workforce pipeline and continues to face the onslaught of lowest price, technically acceptable (LPTA) contracts.

Giangiuli, who joined CALIBRE in 2004, transitioned to EVP and COO at the beginning of June and told WashingtonExec that in his new role he is most excited for the opportunity to lead the nearly 800-person organization to capture new, diverse and interesting business markets.

“It’s a challenging market, in the government services sector right now as everyone knows, but I think we’ve made the investments in our people, in our processes, in our possibilities and we’ve been fortunate enough to endure record sales the last two years. I’m anticipating the same again this year,” Giangiuli said.

Giangiuli joined CALIBRE from SMI, a consulting company that he and CALIBRE Chief Executive Joe Martore co-founded before CALIBRE acquired it in 2004.

“SMI was much smaller scale, much more consulting, client-focused, and much more delivery focused than working now at CALIBRE,” Giangiuli said. “In my current role at CALIBRE, I am now more focused on business development, business operations, keeping the workforce motivated, hiring the right people and making sure we have the right processes to do all of that efficiently and still return some profit to our employee owners.”

The kicker for Giangiuli now is that the pressure to comply with LPTA places a greater strain on his workforce – making it more difficult to keep staff motivated and engaged.

“What I see now in the marketplace is that some of our brethren in the federal sector need to get their costs down and to reduce their budgets as we all do given our huge federal debt and deficit. We all understand that,” Giangiuli said. “But sometimes the expectations for delivery, quality, level of expertise and level of experience can’t be commensurate with the new way that requests for proposal or quotation are coming out. It’s very difficult and challenging on a core staff of good, seasoned professionals to continue to provide that level of service at a significantly reduced cost.”

The challenge doesn’t appear to be hurting CALIBRE, too much.

The Alexandria, Va.-based company ended its fiscal year 2013 with its highest sales and 19th consecutive year of share value growth – identifying $8.4 billion in opportunities, according to the company’s 2013 annual report.

That might be because the company’s invested a lot on the front end reminding itself it’s in the “people business.”

Take two of CALIBRE’s initiatives targeted at sculpting the millenials poised to inhabit 46 percent of the workforce by 2020:

Through the first, “CALIBRE University,” the company pairs CALIBRE professionals with newer employees to teach them about company protocols and how the business process works.

The second initiative aims to address a millennial concern Giangiuli said he’s witnessed his daughter (employed at a small project management firm) struggle with: difficulty identifying when or how to grow her experience and responsibility, despite her hunger to grow.

The Career Management Program aims to educate employees on what they need to obtain, exhibit or learn in order to move through particular career trajectories.

“We need to recognize [millenials]as valued employees and the future of the company,” Giangiuli said. “The sooner we all do that, the better off they’ll be, the better off we’ll be and the better off all shareholders will be because these are highly, highly capable individuals that given a little motivation and point in the right direction can do things we never dreamed of.”

But while CALIBRE has shown efforts to engage younger employees and embrace emerging workplace technology, it won’t be discarding its traditional tenets or evolve into a strictly remote office anytime soon.

“One of the things that you cannot put a premium on is the interpersonal connection between a professional and the client or customer and a junior employee and a senior employee. There are times that the boss wants to know what so-and-so’s up to and there’s times when the junior employee should want to be in front of the boss for a little bit of face time,” Giangiuli said, and offered advice to his millenials:

And most importantly: “keep your word. If you keep your word in business, you do a good job and you’re very earnest about your approach… in my experience, you’ll work forever in this town,” Giangiuli said.

The Washington Post in June included CALIBRE atop its list of Top Workplaces in the Greater Washington Area. Read our coverage here.