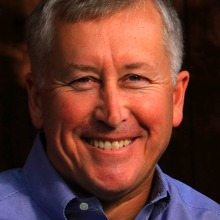 “Jon is a proven and trusted advisor to his clients and a key part of ARRAY’s success in the defense sector,” said ARRAY President Sumeet Shrivastava. “We congratulate him on this well-deserved promotion and look forward to his expanded leadership role as we continue to grow our business.”

Dittmer continues his run at ARRAY after spending 30 years working in IT acquisition and management. He has also held positions at the U.S. Air Force and Oracle.

ARRAY’s service offering caters to the defense national security and scientific sectors. In June, the company partnered with Gimmal, a company based in Texas, to aid the federal government in its records management. Read all about it here.