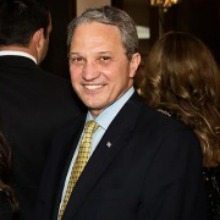 Bill Hoover on Tuesday announced that he will will retire from his post as chief executive and president of AMERICAN SYSTEMS Corp. later this month after standing at the helm of the Chantilly, Va.-based company since 2005. Peter Smith, the company’s chief operating officer, will assume the roles of CEO and president beginning Aug. 1. Hoover will continue to sit on the firm’s board as vice chairman.

“My tenure as CEO of AMERICAN SYSTEMS has been one of the most rewarding chapters of my career,” Hoover said. “I feel that it is the right time for me to transition to the next chapter in my life, knowing the company is in such great hands. I am thrilled that our board selected Peter Smith to succeed me, and I expect a seamless transition.”

Smith began his career at AMERICAN SYSTEMS in 1980 and stepped into his COO role in 2010.

Hoover, who graduated from the Naval Academy and served in the U.S. Navy before entering the industry, boasts a combined military service and government contracting career that spans 40 years.

“Bill has been a fantastic leader and cheerleader for our market and AMERICAN SYSTEMS. During our times together, his passion for the company’s people and customers was unmistakable. He will be missed and will hopefully stay involved in the govcon arena in some fashion,” HuYoung said. “The board’s selection of Peter as Bill’s successor was wise taking into account the company’s unique culture and the need for continuity and stability in this current market.”

“Bill Hoover has truly been one of the most respected leaders in the defense industry,” Kipps said “Congratulations to him on a wonderful career full of achievement and class.”

He also served as the 2014 Chair for the Northern Virginia Family Service Road to Independence Gala after serving on the event’s board since 2011. Read our Q&A with him here.

Hoover last summer also keynoted a breakfast roundtable event for the WashingtonExec Federal Business Council. Click here to read his take on how to survive and thrive in the current market.

Related: Bill Hoover’s Advice To His Kids: “Be Balanced In Your Life’s Pursuits”