SAVE THE DATE: AFCEA Cycles From Pittsburgh to DC to Raise Money for STEM July 13-19 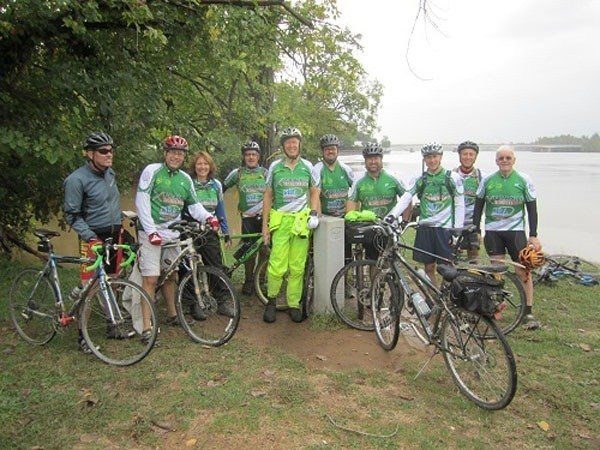 The AFCEA Educational Foundation is promoting and raising funds for STEM by pedaling its way from Pittsburgh to Washington, DC for its second year of Cycle for STEM.

Cyclists will traverse 335 miles on the six-day adventure to raise scholarship and grant funds to support students and STEM teachers.

Steve McGowan the director for member and chapter services at AFCEA International was critical in organizing the event and spoke to the importance of STEM. “STEM education is crucial to future innovation,” McGowan, who will be riding in the event, said. “While interest and involvement in STEM fields continues to fall in the United States, the cost of higher education continues to rise. Cycle for STEM is just one way we can address both of these issues.”

Last year’s Cycle for STEM brought in more than $32,000 by 10 cyclists to help alleviate the problem. Fifteen participants started their journey yesterday in the Great Allegheny Passage and C&O Canal Towpath and they and the more than two dozen additional cyclists joining them along the way will ride until July 19.

The team has so far raised $45,000 — a number the group hopes to boost to $75,000 before the fundraiser is complete. “It’s a win-win-win event,” said AFCEA manager of events and Cycle for STEM participant Terry Rogers. “We raise awareness of STEM education. We help students as well as teachers in the STEM education pipeline by raising the funds they need. We love to cycle for exercise. There’s no down-side here.”

Other AFCEA chapters are set to embark on the challenge as well.

Members of the Kaiserslautern Chapter will hold a Cycle for STEM ride in August, cycling from Bonn, Germany to Ramstein AFB. The ArkLaTex Chapter is hosting a ride in September from Shreveport, La. To Las Cruces, NM. You can follow the cyclists on Facebook, Twitter and Tumblr, and you can contribute to the Cycle for STEM team here.