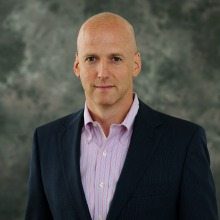 WashingtonExec Summer Reading List Series:
It might not yet “officially” be summer, but with rising temperatures beckoning the start of patio cookout season, WashingtonExec asked area executives which books they planned to peruse this summer.

For Giant Oak CEO Gary Shiffman, an adjunct professor within Georgetown University‘s Center for Security Studies, the summer months signal the opportunity to do some “light-reading.”

Shiffman also provided us with his 2014 market outlook in December. See what he predicted here.