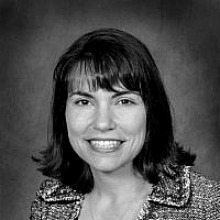 Nene Spivy, President and Chair of the Board, Children’s Science Center

Children who visit museums during kindergarten tend to score higher on reading, math and science assessments than their non-museum attending counterparts, according to a recent Institute of Museum and Library Service study.

And while Northern Virginia currently sits as the country’s largest metropolitan region to lack a science center or museum dedicated specifically for children, the Children’s Science Center has tasked itself with changing that.

In the works are a 5,400-square-foot STEM activity space, labeled “The Lab”, to be located at Fair Oaks Mall, in Fairfax, Va. and a 53,000-square-foot full-scale museum slated to be built in Dulles, Va.

The local nonprofit unveiled its three-phase vision last month to create hands-on, interactive STEM-based facilities aimed at inspiring STEM interest and skill development in a region where STEM disciplines are critical to the local workforce and economy.

“After many years of searching for a suitable home, we have achieved our long-time goal to be located within the Dulles region, where families and high-tech industry partners are plentiful, and where we can offer a regional resource serving multiple jurisdictions in Northern Virginia and beyond,” said Center Director Nene Spivy.

But the museum isn’t just about queuing up the STEM pipeline for the region’s 50 percent of jobs that will require a STEM skill set over the next decade.

“The Children’s Science Center understands that science is the joy of exploration, the thrill of discovery and the pride of creation. It invites children to imagine worlds-and lives-they’d never thought possible, and to reimagine their own potential,” the organization wrote in a press statement.

The project exists currently in its initial stage — as a “Museum Without Walls” that in 2013 served 15,000 visitors at sixty venues to encourage STEM interest and drive engagement.

“I have been a big supporter of Children’s Science Center, which is a very important initiative, which will benefit the children in our community to learn hands on experiments and develop an interest in Science and Technology,” said Bala Sundar, the chief executive at SyApps, LLC. “They nurture student’s creativity and interest in Science to build future engineers, doctors and scientists. Virginia absolutely needs one and we need to provide all the support we can to get the Science center built and established. I am impressed by the commitment and enthusiasm the management team has shown thus far to get this done,” he said.

Construction of ‘The Lab’, said people familiar with the matter, will finish in time for spring 2015. The ‘full-scale museum’ will be ready for the perusal of future scientists and engineers by 2019.