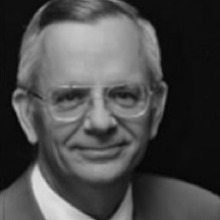 April was the month of opportunity for students interested in STEM (science, technology, engineering and mathematics). Area groups partnered nonstop to sponsor a slew of events geared at augmenting STEM interest among youth including:  the opportunity to attend the USA Science & Engineering Festival’s Science and Engineering Expo this past weekend, the culmination of the National Youth Cyber Defense Competition at the beginning of the month, and the announcement that Northern Virginia Technology Council’s (NVTC) SySTEMic program launched a slew summer camps geared at provoking youth interest in STEM.

But for students from some Virginia high schools, the STEM interest was already there.

“The Air Force Association is honored to have been asked by the Virginia governor’s office to host the 2014 Governor’s Cybersecurity Cup. Virginia is a key region as we extend our CyberPatriot National Youth Cyber Education Program, and the students and schools of the Commonwealth ‘get it’,” said Bernie Skoch, the CyberPatriot national commissioner for the AFA.

The competition, which began with 42 teams in January,  functioned similarly to the CyberPatriot National Youth Cyber Defense Competition that culminated earlier this month, but required that participating teams be from Virginia high schools.

The AFA aimed through both competitions to teach competitors cyber security fundamentals in attempts to offer them interactive experience in the cyber defense critical to the country’s security.