You are at:Home»Events»The Workforce of Tomorrow Are Your Kids Today: Local STEM Leaders Talk K-12 Pipeline at STEM Symposium 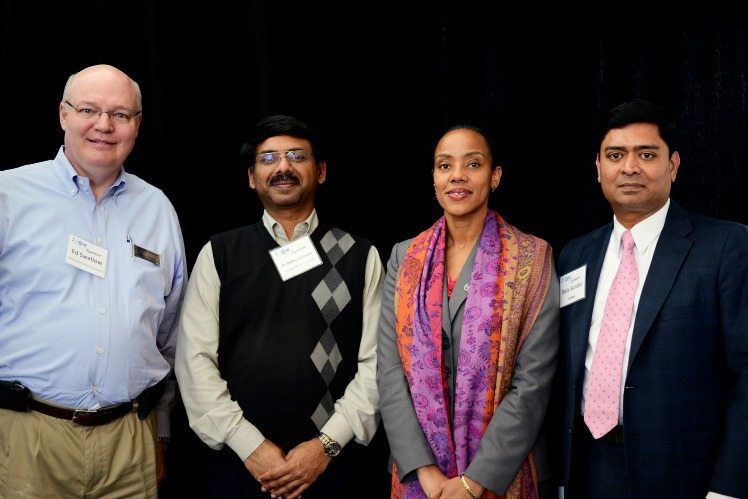 Ed Swallow, of Northrop Grumman, had a proposition for the students in the audience of Saturday’s STEM Symposium.

“What if I asked you to do one thing? It’s legal, it’s moral, its ethical and your parents would be proud,” he posed. “And you’d get $1 million.”

The answer, he said, was to get a college degree.

Swallow gave them the same scenario, only this time the sum was $2 million. This time, the answer was to get a degree in STEM (science, technology, engineering and math).

“Those are the differences in lifetime earnings,” he explained, comparing that amount to what someone drafted into the NBA’s would earn. “If you’re not getting recruited in basketball in fifth grade, you’d better get a degree in STEM to increase your lifetime earnings.” 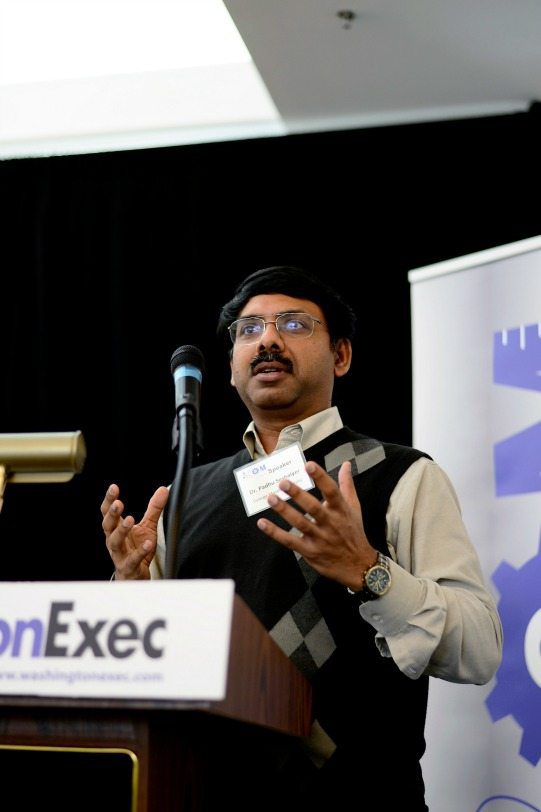 His playful example honed in on the point of the symposium as a whole — that STEM is the direction of the future. The second panel of the day at the event, held at the Nysmith School, was entitled “The Workforce of Tomorrow are our Kids Today.”

Along with Swallow’s remarks, a trio of professionals weighed in on the value of science and math-related fields.

Dr. Padhu Seshaiyer, director of the STEM Accelerator program within the College of Science and Department of Mathematical Sciences at George Mason University, said he came to STEM while living in India. Math was always an interest, yet he had a hard time understanding how mathematical concepts applied to real-life.

As a result, his goal in working with students is to help establish these connections and show them that math can help them make sense of the world.

“We have to engage kids in learning by doing,” Seshaiyer said. “In Finland and Singapore (ranked at the top internationally for their educational systems) what they’re doing better is learning by doing.” 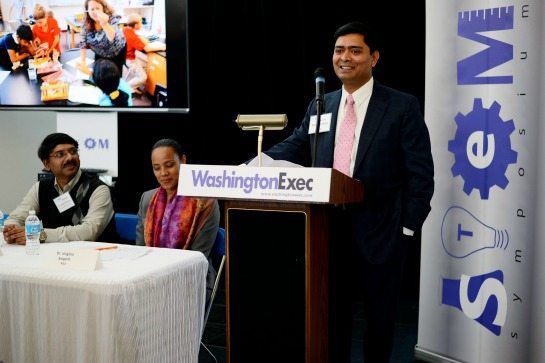 Bala Sundar, Chief Executive Officer of SyApps, has a strong business background and didn’t develop an interest in STEM until much later on, when coaching his own children in science and math, now he’s one of the founders of the WashingtonExec STEM Council, which put on the symposium.

“My true passion came from that,” he said, of his children.

Lastly, Dr. Virginia Sargent, representing the U.S. National Geospatial-Intelligence Agency (NGA), told the audience that the root of her STEM education came from growing up on a farm and seeing STEM concepts firsthand.

Since then, science and math literacy have become that much more important to her as a way for youth to succeed into the future.

“We have to ensure that our children are up to par with the skills and experience to compete in the global economy,” she added.

The Inaugural STEM Symposium is part of a long-term initiative by the WashingtonExec STEM Council, Chaired by Ed Swallow, and is comprised of 20 leaders dedicated to increasing student interest, parent advocacy, educator creativity and employee engagement in the STEM fields.

The all-day symposium lead up to the third annual USA Science and Engineering Festival, the country’s only national science fair and hands-on exposition, on April 26 & 27 at the Walter E. Convention Center in Washington, D.C.