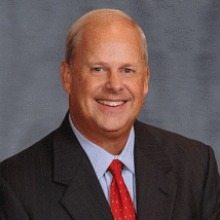 Walt Havenstein of Alton, N.H., was in the early stages of weighing a run for governor two weeks ago, according to an article by New Hampshire Union Leader political reporter John DiStaso, in his continuing column, “Granite Status.” Since then, Havenstein has been encouraged by about two dozen top Republicans, the Granite Status article said.

Havenstein, former CEO of Science Applications International Corporation (SAIC) and former President of BAE Systems, reached out and spoke to New Hampshire Sen. Kelly Ayotte, according to the article, which reported that he’s also spoken to 2010 GOP candidate for governor John Stephen and either reached out or intends to reach out to former governors John H. Sununu, Steve Merrill and Craig Benson, as well as Judd Gregg, a former New Hampshire governor and senator.

Without a specific timetable, the article noted, Havenstein still realizes there’s little time for anyone to start mounting a strong campaign against incumbent Gov. Maggie Hassan, especially someone who would be putting his name before voters for the first time.

Jamie Burnett of Profile Strategies, a former aide to former Sen. John E. Sununu and Gregg, confirmed Friday that he is helping Havenstein on an informal basis, according to DiStaso’s column.

It notes: The GOP thinking is that 2014 may be a better year for a strong challenger to Hassan than 2016, even if Hassan at that time runs for the U.S. Senate against Ayotte.

It may be a Republican year nationally, the column contends, noting that in 2016, it’s likely that Hillary Clinton will be topping the Democratic ticket and will be extremely difficult to beat in New Hampshire, which has long been “Clinton Country.”