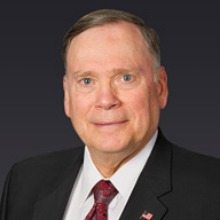 Leidos announced Wednesday that the company’s chairman and CEO John Jumper will retire as CEO, as the start of a planned leadership transition over the next several months.

Jumper was the chairman and CEO of Science Applications International Corporation (SAIC) beginning in March 2012, and continues his tenure with Leidos following the companies’ separation Sept. 27, 2013. Jumper has served as a member of the company’s board of directors since 2007. He was appointed chair of the board in 2012.

“John provided the strong leadership that SAIC, and now Leidos, needed during the transition from one world-class company to two. His ability to align the leadership team and lead through such a magnitude of change is unparalleled to any other CEO I have seen,” said Lawrence C. Nussdorf, lead director of the company’s board. “We look forward to his continued service on our board of directors and his assistance in an orderly transition to a new CEO, as we implement the strategy being developed by the management team and the board of directors.”

The Leidos board of directors has launched a thorough and thoughtful process to select a successor, according to the company. Headquartered in Reston, Leidos is a science and technology solutions provider working to address challenges in national security, health and engineering.

The comprehensive search will evaluate both internal and external candidates. Jumper will continue as CEO until a successor is appointed and will remain the chairman of the board following the transition, the company said.

Jumper’s retirement from his position as CEO adds another high point to a remarkable career of nearly five decades of service to private industry and the nation, including 39 years in the U.S. Air Force, culminating as the chief of staff for the U.S. Air Force.