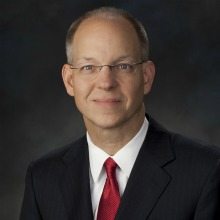 The company has signed a $6 million agreement with Project Lead the Way to expand STEM education in select urban school districts, and has partnered with the National Geographic Society to refresh its “Engineers In The Classroom” program.

“Our nation is having a robust debate over the desire to maintain our competitive edge in an increasingly global economy,” said Ray O. Johnson, Lockheed Martin’s senior vice president and chief technology officer. “Innovation, technology and engineering continue to be essential to America’s economic development. With an employee population that includes 60,000 engineers, scientists and IT professionals, advancing STEM education is a critical focus for Lockheed Martin.”

Since 2007, Lockheed Martin has provided more than $1.2 million in grants and scholarships to Project Lead the Way students. Headquartered in Bethesda, Md., Lockheed Martin global security and aerospace company has also supported the development of Project Lead the Way’s middle school and high school courses focused on aerospace engineering and flight. The new contribution will significantly expand the reach of these programs in urban school districts, and specific districts will be announced in the coming months, the company said.

Throughout National Engineers Week, hundreds of Lockheed Martin engineers plan to hold tours and demonstrations for visiting school groups, host onsite student competitions and visit schools in their communities to inspire and engage the next generation of engineers.

The corporation’s partnership with the National Geographic Society will provide Lockheed Martin engineers tools and materials they can take into local classrooms to conduct experiments, offer lessons and give students a firsthand account of what it’s like to be an engineer. The Engineers in the Classroom program offers Web-based content designed to spark student interest in STEM careers, according to the company.

Lockheed Martin is also the founding and presenting sponsor of the USA Science & Engineering Festival, a grassroots collaboration of more than 700 of the leading science and engineering organizations in the United States. The festival will be held April 25-27 at the Walter E. Washington Convention Center in Washington, D.C.