You are at:Home»News»The UAE Employs Sterling Global Operations to End Afghan Mine Threat to Civilians, Locates and Destroys 11,000 Explosive Devices 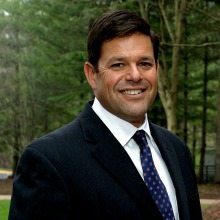 The United Arab Emirates (UAE), an international contributor to safeguarding civilians from mines and other unexploded remnants of war, has located and destroyed more than 11,000 explosive devices in a recently humanitarian project in Afghanistan’s Kandahar Province.

The two-year, $25 million Emirates Mine Clearance Project Afghanistan (EMCPA), a community-based effort funded by the UAE, was administered by the United Nations Mine Action Service (UNMAS).

The UAE’s efforts mean that once-unsafe ground is open for commercial, agricultural and residential use. A dinner marking the project’s successful conclusion was hosted in Kabul by UAE Ambassador to Afghanistan, His Excellency Yousef Saif Al Ali.

“At SGO we are proud of our contribution to this important work on behalf of the UAE and the people of Afghanistan,” said Alan Weakley, SGO president and chief operating officer. “Our partnership with the UN and the Government of the UAE contributed to over 38 million square meters of land being returned to productive use by the citizens of Kandahar Province.”

Some $23 million went toward the Kandahar Province demining program. The remaining $2 million was allocated to the United Nations Voluntary Trust Fund for Mine Action. Through the trust fund, the UAE is supporting work conducted by the Mine Action Coordination Center of Afghanistan (MACCA), a project of UNMAS.

Under SGO’s Community-Based Demining (CBD) program, technical advisors worked within communities to select, train and supervise Afghans who completed a demining course that allowed them to meet international deminer standards.

In two Afghan villages, Demarcy and Salihan in the Panjwayw district, largely cleared by SGO’s community-based efforts with UAE funding, some 4,000 houses for formerly displaced persons, a health clinic, and a school will now be constructed.

“We are delighted and express our heartfelt gratitude and praise for the UAE,” said Abdul Samy, MACCA’s Kandahar Area Manager said, “They are supporting the people of Afghanistan and playing a critical humanitarian role in saving lives, bringing peace, and developing Afghanistan.”

The UAE has been active in other parts of the world to protect civilians from mines.  Between 2001 and 2004, the UAE donated $50 million for demining operations in South Lebanon.